My show is called “Remarkably Average” and it’s all about my very average DNA results. I was wanting something exciting, some huge revelation from my DNA test. Turns out I’m pretty average and my show is a whole bunch of stories and jokes inspired my my own Averageness and my DNA.

First stand up gig was in Christchurch NZ back in 1998. A friend dared me to give it a go at a venue called The Green Room. I went on after a really rubbish poet. So I think it went well due to the audiences relief that I wasn’t doing bad poetry. I was doing bad comedy but if you had to choose one of those two evils? The audience chose comedy.

Not really. I warm my throat and lips up. Oh yeah, I warm my lips up. More people should. I also tell myself not to be too much of a dick.

Worst review was back in 2007. A one star or Sheriff badge as me some mates call it. 3 weeks review. I bloody remember. Something like “He starts the show with ten minutes of tired and predictable Aussie jokes” I’m from NZ and the opening jokes were about NZ heroes, Sir Edmund Hilary, Ernest Rutherford splitting the atom, Richard Pearse who reportedly flew before the Wright Brothers. So yeah all tired subjects we have all heard before.

The review followed up saying I was “sub Kitson” which I think we can all agree we all are. But this is a review not a comparison. Also I’m nothing style wise like Kitson. That’s like saying “The never ending story is sub The Godfather”

Best review I can’t remember because we only focus on the bad ones.

I don’t plan on reading any reviews. It’s a noble idea. But I will probably have a moment of weakness after hosting late n live and do the dreaded google search. But I also think you have to take the good with the bad. If you are going to put stars up on your poster maybe you should read the stars that won’t go up. Let’s be honest, if you are chucking 4 and 5 stars on your poster your not getting any negative reviews. It’s the three stars that hurt. Says your good but not that good. Average! Yay.

I think reviewing is a skill that a lot of reviewers do not possess. Also maybe have a tiny review of the reviewer at the top of their review. Their experience, their preferences. How they were feeling that day. How many shows they had seen that day. Then we get a balanced view of their opinion. Unless they are a good reviewer and can switch all their personnel shit off and objectively review a show. Ultimately I believe if you open a show to the public then you have to be open to being reviewed regardless of who it is.

I don’t think it’s a criminal offence. Did I like it? No. Could he have been a lot funnier with it? Yes. Was he actually pushing hate speech? Maybe. But how many people are going to be converted to Nazism from watching a pug?

Am I Jewish? No. Is it offensive to Jewish people? Yes and they are absolutely allowed to be offended. I don’t know the guy but after seeing that I don’t want to hang out with him. But I also don’t think it’s a criminal offence. It’s a dick offence. The ultimate price of a dick offence is everyone knows your a dick.

All subjects can be and should be tackled by comedians. You have to find the right angle. The right funny hat to put on it. Comedy is a way of taking away the fear of a subject. If you can laugh at what you fear you have conquered it. It really does take a lot of comedic skill to take on some tough subjects. So a lot of comics are going to fail to find the right angle, but when someone does, it funny and powerful. John Oliver, Jim Jeffries, George Carlin all have iconic routines on tough subjects.

Yes I have and I have learnt from that. Any decent comic learns from their mistakes. A great routine had failed a lot to get to its greatness.

I haven’t had it yet. Although the Just For Laughs Gala hosted by Steve Martin is a definite highlight. Steve Martin introduced me. Shook my hand afterwards and told me he laughed. He even riffed on stage, after my set about one of my jokes. Then said “I like that guy” maybe he was being polite. But I will carry that with me til I die.

Find Jarred Christmas on the web - 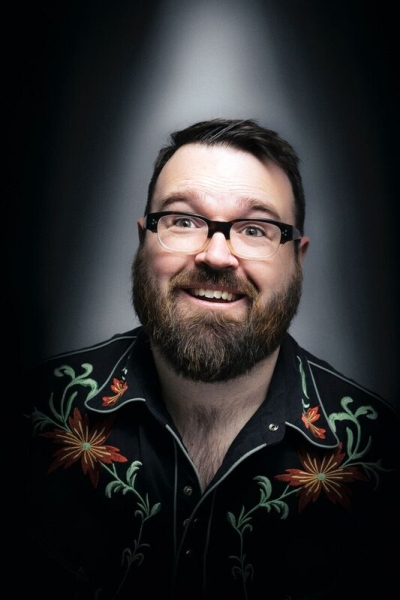 Find Jarred Christmas on the web -

I think reviewing is a skill that a lot of reviewers do not possess. Also maybe have a tiny review of the reviewer at the top of their review. Their experience, their preferences. How they were feeling that day. How many shows they had seen that day. Then we get a balanced view of their opinion.