Stephanie Withers gives the impression of being scared of running over the word limit. Her reviews release their information in staccato squirts of data. Occasionally she’ll pair two sentences with a comma. But mostly it reads like this.

However, her reviews are better than this makes them sound. They’re perfectly clear and she always takes care to note the show’s premise. Her reviews tend to go such-and-such is about those moments when your blah blah goes blah. It really had me laughing when blah happpened. Blah and blah worked very well in the sketch about blah. However, I didn’t like blah so much, it needed more blah. Overall, a great bit of blah if you like your comedy blah.” And what more does anyone need?

Withers’ admirable desire to create reviews that cover the entire breadth of each show means that her writing sometimes gets squashed by Three Weeks‘ tiny word limit. So although I’m sure her description of Trgve Wakenshaw’s Kraken is accurate, it leaves me none the wiser as to what she is actually describing: “Using just his body, and vocal sound effects, ‘KRAKEN’ takes the audience’s imagination to various weird and wonderful places, creating a vivid world where we see unicorns alongside rap battles.” WHAT is going on here? I mean, she’s told us… but then again she hasn’t. I suppose I should have seen it. But I do wish I had a better idea of what I missed.

But at least Withers creates a sense of intrigue, and she has a nice way of saying that the central joke of The Pin is wearing a bit thin: “The better material seems more heavily weighted to the first half, when the editing gag is still fresh, and towards the end I perhaps started to feel the concept’s bite waning”. She is, throughout her canon of critique, politer than most reviewers.

She has some irritating habits though, such as using exclamation marks for no good reason. And when she uses inverted commas it’s not clear if she’s quoting someone or suggesting, in the style of Miranda Hart’s on-screen mother, that the term she is using is quite exotic and unique to her: “They spend their set hilariously replaying and editing sketches to ‘pad the show out’,” she tells us. But really I’m just picking holes. Withers does a very good job of jamming a lot of information into a small space as Three Weeks requires, so that all the space left over can be sold to attention-seeking morons who know no better. 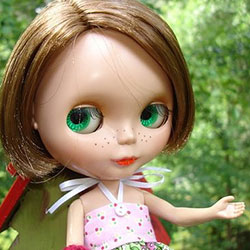