I’m bringing back old school comedy, where it is just funny for one hour. We’ll work the room, laugh at my parents and I’ll tell you how horrendous I am at dating to make you all feel less pathetic. It’s a proper working class hour (with some penis jokes because I’m an artiste).

It was in a room above a pub to 30 people, 29 of whom were friends I dragged in. I did a tight five (which is something else in the gay community) and I compared my housemates vagina to a roast dinner. My pals loved it and I thought I was a comedy genius. Then came the next six months…

Don’t talk to anyone. I just need to be in my own space. Putting myself down, making myself nervous and then I explode when I get on stage.

One reviewer called me a comedy genius and I think that is true and they should all say that. One person said I was just a camp man – like it was a bad thing.

I always read reviews. It can help you get better. But also, I’m grounded enough to know it’s one persons opinion. You could have a full room of laughter and applause break but the reviewer might be after more of a political show that hearing about who you gobbled at your cousins wedding so he’ll rate it lower.

They are a necessary evil. In my opinion, a good reviewer looks at the room. If you’re bombing, you’re bombing but if you’re smashing it and they don’t like it, I think they should at least acknowledge that

I’m not a lawyer so I have no idea. I think to me. There’s comedy and there’s spreading nastiness and I find him a bit mean. Don’t get me wrong, I’m no Ellen DeGeneres, but I find him a bit of a bigot. Do I think he should be arrested? Who knows?

People get uncomfortable when I talk about my mum’s tuppence, but she doesn’t shut the bathroom door (she has paranoia that she’ll get locked in). The problem is in her house the bathroom is right next to the front door, so you walk in and it’s the first car crash you see. I’m trying to shame her out of it.

Supporting Katherine Ryan is the happiest I’ve been in comedy. She has the most lovely audience and they really trust her choice in support acts (thank God) so they give us a fair chance. But big rooms and hanging out with such a wonderfully, kind person – well it doesn’t get much better.

Find Stephen Bailey on the web - 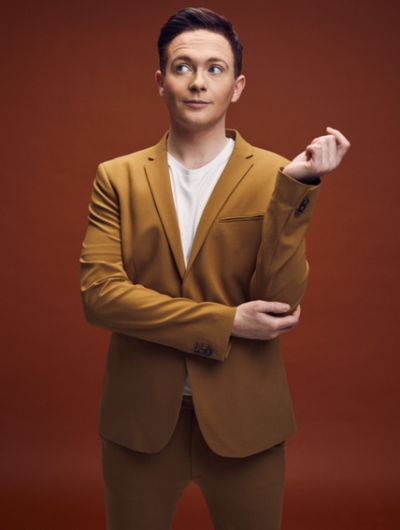 Find Stephen Bailey on the web -

One reviewer called me a comedy genius and I think that is true and they should all say that. One person said I was just a camp man – like it was a bad thing.