I’m a Star Trek fan. Like a proper Trekkie. I love all of it, even The Final Frontier. Sometimes I think I might be a little too obsessed but then I remember that Star Trek is the greatest thing ever made. Though it wasn’t always that way for me.

I organised my own first gig. It was at my student union bar which was a generous name for what basically looked like someones living room with a bar in it. It went really really well. At least that’s what I tell myself and official interviews. The video footage (that I still have) tells another story.

I have an album I have to listen to before a gig. No, I’m not telling you which one it is.

My best review and worst review are one and the same!! It just contains the wonderful line, ‘Rik Carranza was excellent…at first.’ Such a high to then get my hopes dashed!!

Do I plan to? No. Will I? Without doubt.

I mean, one reviewer alone I can deal with. Two is an invasion.

Well this is a loaded question.

People are getting so wound up with the court case that they forget that it just wasn’t funny in the first place. Sometimes people use the defence ‘it’s just a joke’ to try and get away with saying offensive things. Sometimes it is just a joke. Sometimes it’s more.

If you can make it funny, if it comes from somewhere personal and it doesn’t punch down, then no, nothing is off limits.

Yes, but I’m not telling.

Bluedot Festival. Performing Star Trek vs Star Wars with John Robertson and Mike Osborne to 300 people whilst Orbital were on the main-stage. It was an amazing experience and I hope to do it again sometime!!

Find Rik Carranza on the web - 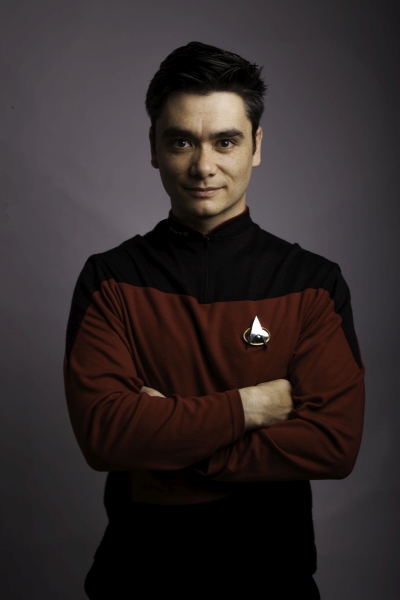 Find Rik Carranza on the web -

My best review and worst review are one and the same!! It just contains the wonderful line, ‘Rik Carranza was excellent…at first.’ Such a high to then get my hopes dashed!!