A Piggy Interview WithEli Matthewson (The Year of Magical Fucking)

It’s called ‘The Year of Magical Fucking’. It’s about how I read a Time Magazine study about how millennials were having less sex than their parents, and that spurred me into trying to induce my own mid-twenties sexual awaking. Which didn’t work out. At all. I did do some fucking that year, but most of it wasn’t exactly magical. Also it’s kind of a love story and a little bit about how I should have won X-Factor New Zealand.

I’m from Christchurch New Zealand, and I did all these jokes about how I was having trouble finding a girlfriend and being sad and single and then 3 months later, I got my first boyfriend.

I plan a TIGHT playlist before my shows and do a full lip sync performance to No One by Alicia Keys backstage.

Sometimes I get messages from young gay kids who have seen me and who have felt more okay because of that (maybe because their life is less embarrassing than mine) and these are the best reviews! Is that a cop out? My worst review was when someone on my sponsored Facebook ad said “Duz anyo1 else think this guy SUCKS” and I didn’t notice for a full week.

Yes I honestly can’t stop myself and I’ve just accepted that I shouldn’t, but I will.

They are all super attractive and intelligent and I hope they read this.

He committed a criminal offence when he called himself “Count Dankula” in my humble opinion.

It is my personal belief that straight men should no longer be able to jokes about getting their Prostate examined at the doctor. We’ve heard enough!

Travelling from New Zealand to Edinburgh is too far. As a comedian I think I tow the line.

I slammed a gig at a nudist colony’s New Year party. Beat that.

Find Eli Matthewson on the web - 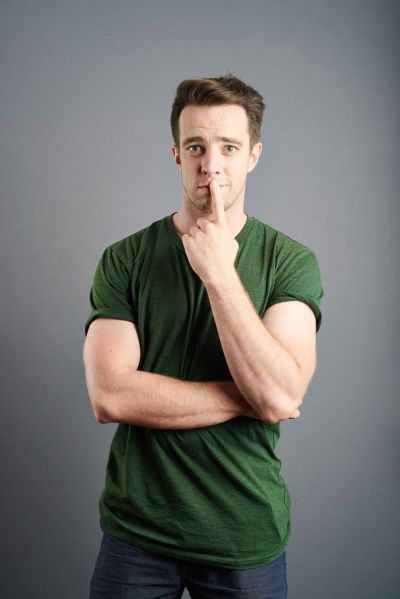 Find Eli Matthewson on the web -

Sometimes I get messages from young gay kids who have seen me and who have felt more okay because of that (maybe because their life is less embarrassing than mine) and these are the best reviews!