It was in the Beehive in the grassmarket. Loads of people I knew came, my friends parents came. Now I can’t look them in the eye when I see them at weddings.

I usually have a nice old stretch.

Last year the Scotsman gave me one star, but for reasons best know to themselves, they did not say why. I’ve had some nice reviews that say I’m going places, but which places?!? They never specify!

No because I find they can affect your performance. If you give them too much weight you start to change the show and stop trusting your own instincts.

I think anyone who willingly sits through dozens of shows a day and then goes home and writes in detail about each show deserves some sort of medal or medical treatment.

I think anyone who spends their time teaching a pug do anything needs to take a long hard look at themselves. If you’re asking if I think that was wrong, yes I do, and I also think there are other people whose freedom of speech rights are much more worth talking about.

I think it all depends on the audience, the comedian and the joke. But generally I don’t think anything should be off limit as a subject.

Yeah one time I ended up in Shetland! Have any other comedians done this joke?

A fortune teller told me it will be on 3rd March, 2022, at The Chuckle Club in Whitstable.

Find Eleanor Morton on the web - 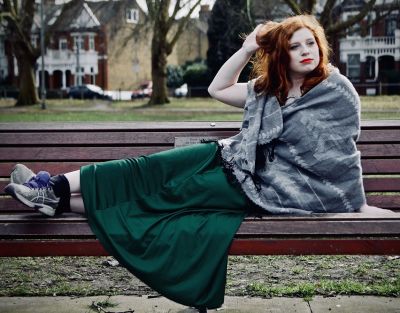 Find Eleanor Morton on the web -

I think anyone who willingly sits through dozens of shows a day and then goes home and writes in detail about each show deserves some sort of medal or medical treatment.