I must say I was a little annoyed by Madeleine Ash complaining about “the endless stream of stand-ups that swarm the Fringe”. Do you hear comedians complaining about the ceaseless pimpled plague of reviewers? Yes you do, and small wonder. However, Ash won me over – for the most part – by being quite capable with words.

Ash is careful to give the background to each performer, telling us which larger group they once belonged to or what they’ve done on radio or TV. This is in marked contrast to many of her peers who approach the reviews of lesser-known acts with a “who’s this guy” attitude. We don’t even get the sense that Ash is showing off with her background facts.

Her reviews tend to be three straight paragraphs with no overblown passages. When she uses metaphor she’s efficient and occasionally delightful: “She is mentos to her cola” she says of Sanderson Jones and Pippa Evans.

She can at times be rather dismissive. “[Tiffany] Stevenson is obviously an intelligent lady,” she opines before explaining what she SHOULD have done instead. Caroline Rhea is “a bit of a mixed bag”. But this is no doubt a product of Ash’s desire to be circumspect rather than a lack of patience. 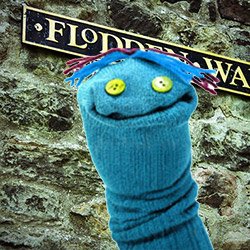