Louise Jones could do with reading over her work and tightening things up a bit. She uses the word ‘conceit’ and the phrase ‘padded out’ a bit and there are quite a few typos to trip the reader up.

But such things are only worthy of mention because they impede what could be very good reviews, giving a nice overview of what works and what doesn’t. She mostly looks at sketch comedy, and does manage to give the impression that she understands the tenets of this métier: “It’s a tricky feat to maintain an exciting and entertaining plotline in improv for fifteen minutes, let alone three plotlines across an hour, but unfortunately this struggle shows with some awkward silences,” she says of Beings.

Some reviewers willfully ignore the crowd in the room, instead basing their reviews on some transcendent quality they claim to have recognised in the act. Jones bases her judgment on the reception each passage of the performance receives, and is particularly alert to the duff bits: Jokes “don’t land as well as intended” is one of her standard lines. Towards the End of her What A Load Of Skit review she makes the reviewer’s error of telling the sketch troupe how they SHOULD have done a particular piece; never an edifying sight.

There are some bits where the explanation breaks down into something that needs unpacking. In discussing Katherine Ryan she states that “Ryan responds to her Twitter trolls following a clip of her being found out of context abroad”. I can guess what was going on here, but I’d only be guessing. Looking at What A Load, she says: “Set ups like shopping on Amazon or the idea of Shakespeare writing in a Starbucks are brilliant concepts”. I would actually like some more convincing here. I mean, you must know they don’t LOOk like brialliant concepts when you say it like that? I don’t, for one second, doubt that they are – but a little more exposition could go a long way. 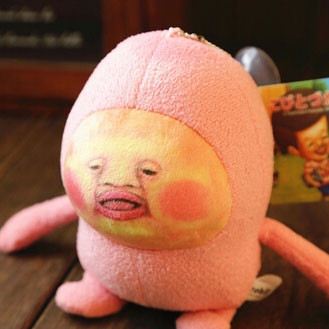