Lauren Humphreys is just very, very good at the reviewing lark. The only things missing from her output are, frankly, more comedy reviews. Why is Humphreys putting so much time and effort into cabaret and children’s shows and tuppeny-ha’penny theatre when she could, if she wanted to, shine her light onto comedy?

Her description of Eric and Little Ern is one of the most transportive pieces of reportage you are likely to read in this murky genre. Of course, it’s easy to enthuse about a show that was received to almost universal acclaim, but on the subject of lesser-known shows she’s no less incisive. She makes the show How to Make a Killing in Bollywood sound like something we should all have seen – and I’m sure, quite justly – reinforcing the review with insider knowledge of the theatre company’s previous work. Someone reviewing the show as straight comedy would probably not have given it due licence (“It’s vital to acknowledge that calling this performance a comedy is a bit of stretch” says this show’s reviewer at Three Weeks).

Humphreys mixes veiled compliments with softened blows and gives the overall impression of being entirely reasonable. “[Ben] Champion seems to be a genuinely nice guy and you want him to do well, but he is undeniably nervous in front of the packed audience and almost apologetic in his delivery of the punchlines, which unfortunately transmited to the audience and a few awkward silences ensued,” she writes. In this review, however, she does lapse into the bad habit of space-filling by listing what the comic spoke about, as if that was in any way enlightening without enlarging on any of the subjects: “subjects as diverse as Bags For Life; the Higgs Boson; string theory; Tourette’s Syndrome; auto-correct, oh, and Hugh Laurie”.

It’s clear to see from the sort of comedy that Humphreys is prepared to dabble in that she prefers  fully staged performances and musical comedy. If only she would broaden her focus a little we’d all be better off. 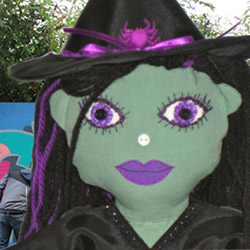