Emma Banks is a well-meaning reviewer, but her energy and nervousness sometimes get the better of her.

Her problem is that, in trying to explain everything, she explains nothing at all. Of Ryan McDonnell she comments on his “ability to explore universal pitfalls of human experience through the lens of extremely unique and personal anecdotes”. Does one explore pitfalls through a lens? There are a lot of rather convoluted sentences like this. Banks needs to stop trying to say something impressive and just tell us what she saw.

In Stephen Carlin’s review, an essay approaching 500 words leaves the reader with almost no idea of what the show was about, and when the conclusion came that Carlin needs to talk more about, and be honest with, himself I felt genuinely confused as to how we had arrived there. I was aware, however, that Banks feels faintly annoyed that an hour discussing a gambling addiction didn’t conclude that gambling is bad or wrong, calling this “a bit of a cop out”.

Banks seems rather easily offended on the whole, and calls a number of things “crass”, ramping this up to “uncouth” for Laughter on the Outskirts. Her complaints that rude or scatological tangents were “unnecessary” or that the comic should be “better than that” have a quaint Mary Whitehouse quality, even among 2013’s exceptionally large crop of young, squeamish critics.

Banks needs to simplify her writing style and take the advice she gives to Carlin about being more honest. Hopefully she can then make the most of her occasionally pleasing turn of phrase. Of Sandi Toksvig she writes “Indeed, in her attempt to love everything it became slightly unclear what her focus was”. This is a perceptive observation – but a better sense of focus would help Banks a lot, too. 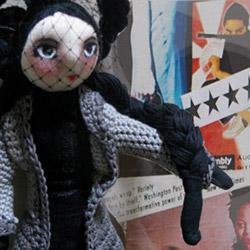