this is an article from 2017They want to send a reviewer? Just say no.

This article was first posted on Wednesday, July 19th, 2017 Filed by Mister Kipper 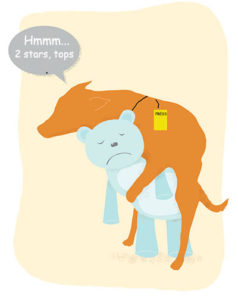 Fringepig received a call yesterday from one of the larger venue chains at the Edinburgh Fringe. He said he was looking forward to seeing us this year but there was one reviewer we had sent last year who we must not, under any circumstances, ever send their way again.

Immediately I was struck by three irrefutable facts that made this request seem odd:

It turned out that the door-person had got confused and said Fringepig instead of Fest, because they both start with the letter Fuh. The Fest reviewer is someone we have never met, let alone employed, but have taken the piss out of in the past – but only because of their reviews. It turns out that, besides being a reviewer and therefore quite low on the evolutionary scale already, this person is also well-known for being quite aggressive, abusive and stalkery – the grand triumvirate of sociopathic human behaviours. Fringepig has also learned that this reviewer is banned not just from this particular brand of venues but from several others as well.

This is someone who each year writes a large cache of reviews for Fest magazine, the sort of visitor on whom performers hang their most ardent hopes. It serves us well to remember, before we all start this craziness again in earnest, that these people who behave like grand panjandrums; who waltz into venues like the fat rude cunts who want feeding at the end of each episode of Masterchef; who think a lanyard will serve them in place of basic human civility, are just not worthy of the deference we lend them.

Art is a product of society; it is hewn upon the engines of culture. And yet magazines like Fest send uncultured, socially maladapted people to shows who, in some cases , HAVE ACTUALLY BEEN BANNED FROM THE VENUE to see how many stars they want to sneeze in a performer’s face.

You have a choice, people. When you hear that such and such a mag wants to send a reviewer, think before you say Oh goody I might get a review. Think instead that your review will probably be negative, probably unconstructive and definitely written by someone who should be in kennels rather than your venue. Just TRY saying no. It hasn’t been done before. Be a Fringe First. Just try it. #justsaynotoreviewers.

Previous ArticleSlum Chums
Next ArticleWhere Are You Coming From? Stuart Black/John Robertson 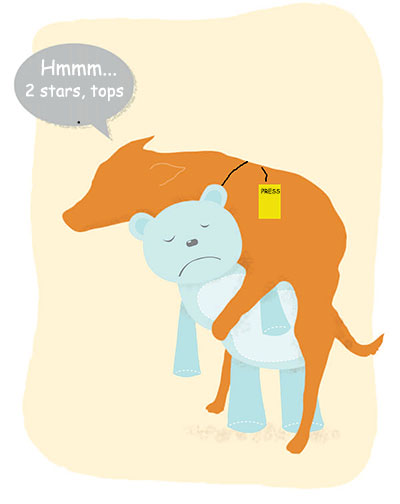