this is an article from 2016From Genesis to Rebel Bacon: The Story so Far

This article was first posted on Thursday, August 4th, 2016 Filed by Mister Kipper

Fringepig started as a humble website reviewing Fringe comedy reviewers. But just look at us now! We’re also a beer-soaked bit of paper in your hand. 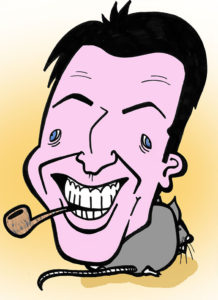 Remember three years ago? We were in the European Union. The skies were blue. We had a new Pope who wasn’t a dick. We used the word ‘meta’ all the time. Everyone wanted to tell you how ‘meta’ everything was. You couldn’t go to the bathroom for a quiet poo without someone banging on the door and shouting “Hey! Imagine if we, and the world, and our whole universe, is just a giant lump of waste falling through a porcelain void?! Wouldn’t that be meta?!” It was relentless. Suddenly every triviality had been impregnated by infinity. It was all Brian Cox’s fault.

So when fringepig.co.uk appeared with its reviews of all the Fringe comedy reviewers, everyone said “Ooh, reviewing reviewers! That’s very meta!” Some people wanted to out-meta us and sent us reviews of our reviewer-reviewers. Without exception these emails were labelled HOW META IS THIS?? In capitals, to make sure we understood that it really was very meta indeed.

So, to clear the air, Fringepig is not, and never has been, ‘meta’. Fringepig is an ombudsman. It happened because everyone in comedy was complaining that a Fringe show costing, easily, £10,000 to stage, could be hobbled on its first night by an unschooled know-nothing spotty apomict writing in green crayon for a pop-up Fringe rag. We realised that, no matter how explicitly a performer told the public what their show was about, a reviewer would complain that it wasn’t something else. A Young Man Dressed as a Gorilla Dressed as an Old Man Sits Rocking in a Rocking Chair for Fifty-six Minutes and Then Leaves was given one star by a first-time reviewer at Three Weeks who had somehow misunderstood the concept. Alasdair Tremblay-Birchall’s Alasdair Lists Everything was savaged by a reviewer at ScotsGay who gasped “He just stands there listing everything”. But it’s uncool to whine about these things. “S’all in the game yo” as that guy in The Wire said. I forget which one. That one who is involved with drugs and gets killed. Him.

So we couldn’t moan about it. But we could do it right back at them. We could one-up the game and say “Do you see how annoying this is?” Hilarious! There was a problem though. A guide to just the handful of reviewers who bothered us would appear spiteful and have no validity. Nobody would care. Clearly we would have to review ALL the comedy reviewers, and there the problems began. Not because of the sheer number of people who had reviewed Fringe comedy– we had, after all, nothing else to do – but because of the practicalities. The human brain is wired in a way that allows us to take the piss out of one person or institution at a time. When you try to take the piss out of hundreds of people, one after another, as part of a systematic excoriation, a weird thing happens. You become fair. So while we had fun undercutting these hacks at first, before long we’d started to rate them comparatively. Relativism is a thing that destroys satire, even more than BBC Three tried to destroy satire.  More than Brexit destroyed satire by being worse than any satire. And even then people made it worse by saying: “Well it’s not quite as bad as genocide or nuclear war, is it?” Relativism turns the most vicious butcher into a kitchen connoisseur.

Still, the website annoyed the reviewers, which was the point. Kev F, the man who does the Scottish Falsetto Sock Puppet shows, was our only advertiser. This made everyone think that he was behind it all, and he spent August 2014 being cornered in alleyways by reviewers telling him he had destroyed his career. “You’ll never put socks on your hands in this town again!” they yelled. Poor Kev. He hadn’t even ASKED to be our advertiser.

But the Fringe changes quickly. What was extraordinary or shocking one year is normal the next. Adrienne Truscott, having done a show about rape with her junk out in 2013, was moaned at for not upping the ante the following year. She should have been fully nude, or baring her soul at least, while talking about infanticide and stamping on hamsters, said the press. Sort of.

At any rate, if Fringe reviewers reviewed science they’d be saying “Isn’t it about time someone grew a whole head on the back of a mouse? Everyone’s doing human-ear mice now. Why no human-head mouse? Just a simple, inoffensive head? Say, Alan Cumming’s head? Alan Cumming’s head, smoking a pipe, on the back of a mouse. WHY is nobody doing that this year? Oh you’ve cured cancer? Three stars.”

The point is: by 2015 nobody was angry with us anymore. We were just another bit of Fringe furniture. Reviewers we criticised wrote in to thank us – actually THANK us – and say “would you look at this manuscript too, please?” We always obliged. Bernard O’Leary from The Skinny told us that we had given editors the impetus they needed to fire and reprimand bad writers. Martin Walker, comedy editor at Broadway Baby, asked us to check over the site’s new reviewers’ guidelines, based on Fringepig’s ‘Ten Tips for Good Reviewing’. In fact, despite always referring to the publication as Backstreet Abortion and stating that its writers would “wank off a Doberman to get free tickets to a dog fight”, everyone at Broadway Baby was just lovely to us. Fest wanted to do an ad swap. Most annoying of all, the reviews did seem to have improved; few were so amusingly awful we could have a good jeer. Having been, if not actually killed, then certainly punched in the face by kindness, we now faced the UKIP quandary. We’d got what we wanted and were now just hanging around being dicks.

But then we saw this advert for Three Hop beer. Look at it. Seriously. Someone thinks that this is what the Fringe is about. Some coked-up plonker in a tweed jacket looked at the Fringe, wondered how to sell it beer, and thought “Ah yes, I’ve got it. We’ll tell people to be a total cockend.” And the Fringe brochure actually printed this advert, because the Festival Fringe Society would run an advert for swastikas made out of rhino horn if the client took a whole page and paid before the early-bird deadline.

We realised, then, that Fringe performers still need an advocate, a mouthpiece, a sympathetic ear. A big blue felt ear. They needed someone with a head full of sawdust and a trunkful of badly-formed opinions. And that’s me. It’s all of us here. It can be you too. 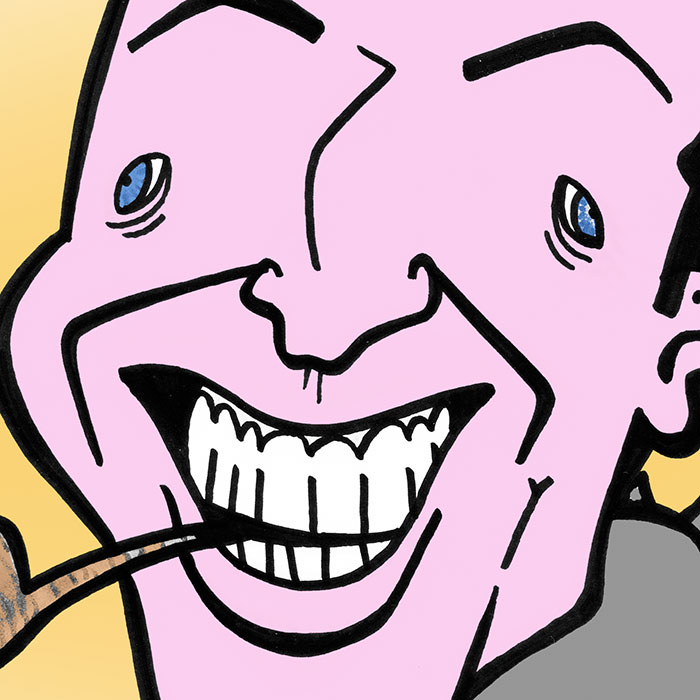