this is an article from 2016Culture’s Vultures

This article was first posted on Wednesday, August 3rd, 2016 Filed by Mister Kipper

Holyrood has turned down City Hall and the big ‘cultural’ venues on their request for a tourist tax. But they’ll be back to pump the little guy next year 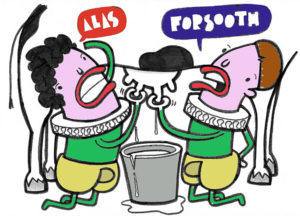 Over the course of a year and 12 major festivals, 4.3 million geese fly north to Edinburgh and lay an enormous golden egg worth £261 million to the local economy. The Fringe, which began as the ugly stepsister to its firstborn the Edinburgh International Festival (EIF) contributes a staggering £142 million or 54% of this amount.

Apparently, this is not enough. City and Festival officials anticipate an impending £10 million shortfall in Festival finances this year. Julia Armour, the new director of Festivals Edinburgh, recently proposed a ‘bed tax’ of one or two pounds per night in hotel rooms or a broader ‘tourism levy’ to help fill this gap – with revenues ringfenced solely for ‘cultural’ activities (i.e. not the lowly Fringe). Holyrood said no in June, but they’ve been trying for eight years and will try again.

Speaking as one of the geese, I find this problematic. Everyone in Edinburgh during August is overwhelmed by the sheer flood of humanity that attends shows, eats at restaurants and then trickles back to hotels or rented rooms at 5am after taking full advantage of the extended licensing laws.

A trip to Edinburgh during festival season is unquestionably a life-enriching affair but a wallet-draining one. From premium prices charged for travel, to quite frankly being price-gouged for accommodation, there is no shortage of people willing to extract their (now slightly depreciated) pound of flesh from the tourists and artists who descend on the city from all corners of this blue marble. Aside from the usual bit of stoic grumbling, people quite happily pay for what is a genuine bucket-list experience.

Ticket sales yell loud and clear that Edinburgh’s tourists come disproportionately for the Fringe over and above the other 11 festivals. The Fringe, though broad in scope, is populated predominantly by comedy and theatre.

Public funding, whether through city grants, arts council or lottery funding goes disproportionately to the other, less profitable, more ‘prestigious’ festivals. Funding flows mainly to Edinburgh Cultural Venues (ECV), principally associated with the EIF and ‘high culture’ genres such as ballet and opera. Unsurprisingly, these ECV venues are wholly supportive of the levy.

Even with £10 million a year it would take 20 years just to cover the £200 million overspend onEdinburgh’s tram fiasco. Bob’s Blundabus, a popular and profitable converted bus used as a Fringe venue, receives zero funding like all the other Fringe venues. If a sliver of the money earmarked for the ECV could be given to Bob, the bus could be retrofitted with a flux capacitor, stuffed with councillors and whisked back to 2001 where better public spending decisions could be made, saving £200 million and rendering this entire question moot. I could go and watch Daniel Kitson MC Late and Live again too. I may not know culture, but I know what I like.

There is an unspoken dictum that Edinburgh’s festivals are ‘too important to fail’ and that any of them shrinking would be a national tragedy. I respectfully disagree. Tourists speak with their feet and their wallets. Why should they pay more to subsidise shows they didn’t come to see? That’s why I’m performing my shows at the Free Fringe, where audiences get in for nothing and at the end pay what they think it was worth.

There are many other viable options. Much of the £261 million of festival revenue makes its way back to the Scottish Government via devolved taxes. Surely a fairer way would be to lobby Holyrood to ringfence a proportion of tax flowing from the 4.3 million long-suffering souls pouring £261 million into the Edinburgh economy?

Someone needs to stand up for us ganders, geese and goslings. Sure, we might grudgingly accept paying an extra £1 a night to stay at Hoppo Backpackers during August. But should we really have to? Put the stuffing away. Haven’t we suffered enough?

Yianni Agisilaou performs The Simpsons Taught Me Everything I Know, 13:30 at Voodoo Rooms and Comedians Against Humanity, 19:30 at Liquid Rooms Annexe. Both FREE. 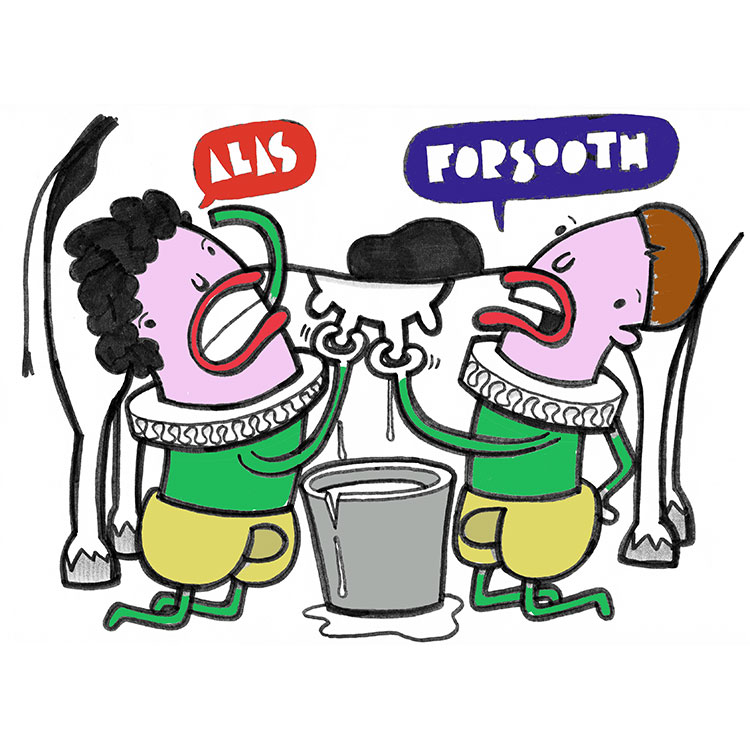