this is an article from 2014Crap Things Reviewers Do… #2

This article was first posted on Saturday, August 16th, 2014 Filed by Mister Kipper

INSISTING THAT A SHOW ‘MUST MEAN SOMETHING’ 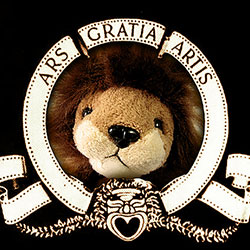 It’s also notable that Skinner won (if his autobiography is to be believed) by doing an entirely different show on each of the two days he was assessed. But then, he was twice assessed by the same judges. These days, different judges on different days expect to see pretty much the exact same thing. In fact they almost insist on it. And they all want to see some sort of point.

Time and time again this year Fringepig has run up against phrases such as “there’s no particular point being made”; “there’s nothing to hold it together”; “he fails to reach any conclusion” and all sorts of exasperations to the effect that the reviewer hasn’t learned very much.

Why must every Fringe Show now coalesce around some fluffy philosophical notion? When did it become incumbent upon comedians to make the world better? Why this need to have a life lesson attached to a comedy show like a free plastic frisbee with a comic? Each year, as the world becomes more violent and the future – or so it seems – more uncertain, so reviewers increasingly demand certainties and moral maxims from the least suitable group of people on earth.

Recognising the need to corral a lot of disparate jokes and stories into some sort of vague worldview, many comedians attempt it without enthusiasm and without any conviction as to why they should. And they are punished for this, this year particularly by Fest which seems to have become practically Stalinist in its determination to beat the shit out of anything that doesn’t conform to its earnest, Frankfurtian worldview. This year Sophie Wu’s show was “epitomised by a closing, tacked-on life lesson that rings particularly hollow”, said Comrade Joe Spurgeon. Igor Meerson’s show “ends with, guess what, a discussion of politics and platitudes about how national borders are just in the minds of our leaders. Tell that to those ready to die for borders and territory,” says Kommisar Julian Hall (I honestly think they’ve brainwashed him. He has Citizen Smith as his Twitter avatar).

Shows just can’t exist for their own sake any more. Barrie Morgan in Chortle just cannot understand “the reasons behind” Simon Munnery singing the ideas of Danish philosopher Soren Kierkegaard. Last year someone genuinely tried, and failed, to understand A Young Man Dressed As a Gorilla Dressed As an Old Man Sits Rocking in a Rocking Chair for Fifty-Six Minutes and Then Leaves. Julia Chamberlain despaired at Chris Martin’s title Passionate About the Pointless, saying that it practically announced itself as “20-something skinny boy … getting worked up about nothing”. Five years earlier she had been similarly upset by Andrew Stanley’s even-more aimless Some Things That Occured to Me in the Last While That I Thought You Should Know About. But now even shows that don’t wear their meaninglessness on their sleeves are shamed for being insubstantial.

Yet it’s all a kind of hypocrisy, levelled against smaller-status comedians in less impressive rooms; their shows presided over by sparser, more judgmental, far less forgiving audiences. Big acts can just do comedy, small acts must have a message. Laura Gavin writes in Three Weeks that “Richard Herring wants the critics to know that he doesn’t have a theme this year. He’s earned the right to make his own rules after twenty-three years at the Fringe”. But it’s not a right, it’s a privilege. If we know you, you can just tell us jokes. If we don’t know you, you must contort your jokes into the shape of a cosy potted philosophy so we can nod our heads and go “aaah”.

Greg Davies made it clear at the outset that there was no message in his enormously successful 2010 show Firing Cheeseballs at a Dog. The Scotsman called it ‘gloriously unburdened’ with any message, but Steve Bennett even attempted to fill in the message himself: the cheeseball/dog incident was a realisation that “such spontaneous fun should be celebrated as the essence of existence”. Nobody fills those gaps for the acts in the cramped caves or the free basements.

It’s time to extend that privilege to all comedians who have something –anything – to say at the Fringe. If reviewers think comedy is important (and if they don’t they should fuck off and do something else) then why must it be tarted up with meaning? Is it not the responsibility of every citizen of earth – reviewers included – to find their own bloody meaning? Then, when they’ve done that, they can relax and watch some comedy.

‘Ars Gratia Artis’ as Samuel Goldwyn once told us – art for art’s sake. Comedy does not need meaning. Comedy IS meaning.

Until this is understood, this nonsense will remain a crap thing reviewers do.