this is an article from 2014Chortle Choonup

This article was first posted on Monday, August 18th, 2014 Filed by Mister Kipper

AN OCCASIONAL COLUMN IN WHICH WE RENDER A CHORTLE REVIEW READABLE, OUT OF KINDNESS AND CHRISTIAN CHARITY 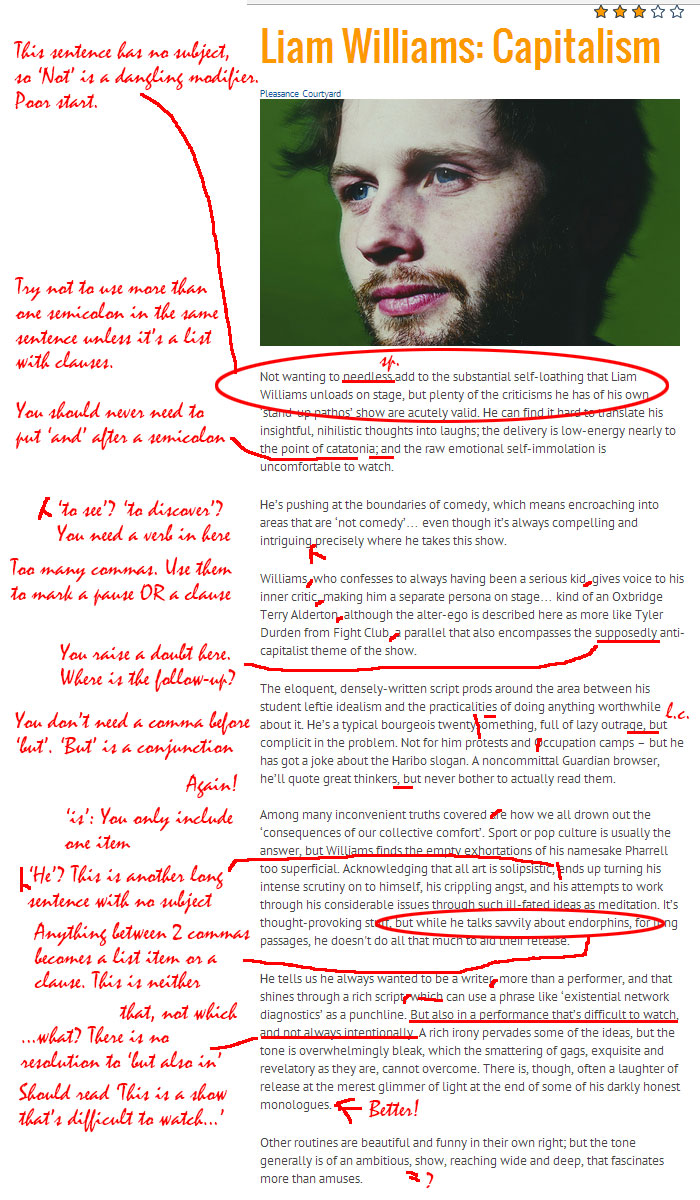 At the beginning of the Fringe, Chortle editor Steve Bennett was kind enough to draw our attention to one of our reviewer-reviews. It had been written without due care and attention, such that the reviewer under review appeared under the wrong name. “You would think that a website set up to bitch about reviewers would get stuff right and not be stupid twats and idiots and moronic shitting cunts,” remarked Steve (we are having to paraphrase because we cannot find the page).

Naturally we were horrified by this and sent the stuffed toy responsible to a re-education camp. Everyone commits typographic errors, but this mistake made us weep with sorrow.

Had we not taken extreme measures, this stuffed toy’s errors would have multiplied and we would not be all that we hope to be here at Fringepig. We can hardly be helpful while our own ship is out of order.

The question remained, though, how to return the favour to Steve for his eagle-eyed assistance. We hoped that, one day soon, he would experience the sort of reviewing emergency that WE could help HIM with.

Well today it happened: someone contacted the Fringepig office to tell us that there had been an outbreak of commas in a Steve review. Now, we all like a comma. I just used one there. But like the Tribbles in Star Trek commas can breed at an extraordinary rate. Soon the review they’re living in becomes grammatically untenable. All control is lost of the subject and it either explodes, crashes into an asteroid or floats lifeless through the dark infinity.

Two of our staffers jumped in the Chortle Choonup Chopper and sped to the accident site. Sure enough, Liam Williams was lying prostrate under a seething rash of surplus pauses, clauses, semicolons and other grammar pests. We hadn’t seen the like since we last looked at The New Current.

We hope this helps.

The cheery chaps of the Chortle Choonup Chopter Chapter will remain on standby for the rest of the Fringe, to provide a fast, free copy-editing service for some of Steve’s most needy and unfortunate critiques. 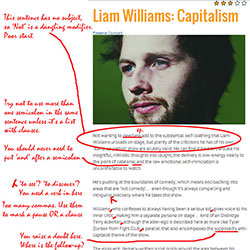