this is an article from 2014After The Hiatus, The Swarming

This article was first posted on Tuesday, August 12th, 2014 Filed by Mister Kipper

Former reviewer, former comedian and present-day penitent Jemyma C Noevil looks at the reviewer-infestation at the end of Week Two 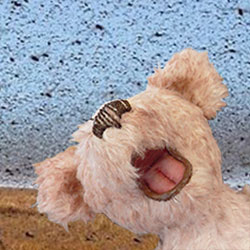 Like a big, rusty, clapped-out bus built in 1947 the Fringe takes an age to start, and longer to get moving. Every year, despite everyone wanting to get there early, book accommodation early, get set up early, get the reviewers in early – nothing much REALLY happens until the midpoint hiatus.

This year was no exception. One reason why it’s always hard to get reviewers in early is that there’s just not that many of them around in Week One. Don’t get me wrong, there’s still far too many of them. But Three Weeks once again didn’t issue any printout or online reviews until the Fringe was five days in. This is a habit it got into back when the Fringe really was just three weeks long, and in part explains why Three Weeks was overtaken last year by Broadway Baby in terms of review volume and probably somewhat before that in advertising revenue. Others concentrate on their printed formats to the extent you don’t know what they’re thinking until the presses roll.

But if you look at any review publication online – take Skinny and Fest, for example – you’ll notice that this Fringe began with just one or two reviewers earnestly hammering out all the reviews: Jay Richardson took first watch on Fest, Vonny Moyes on Skinny, giving Fringepig a hard time just finding two new hacks to assess each day. But once we reached the hiatus there was suddenly a swarm. A plague.

There are now reviewers crawling from every nook and orifice. Suddenly there’s Lewis Porteous and Stewart Pringle and Matt Trueman and Lyle Brennan and Ben Venables and Tabatha Glancy and Jaqueline Thompson and Graeme Morrice and Graham Leydon and Heather Reid and Callum McMillan and Chris Rumbles and Cara Hunter Liddle. And behind them the bête noirs that everyone, every year, hopes won’t come anywhere near their show: Sean Bell, Andrew Latimer… Julian Hall, God help us all.  And these are small, focused publications. You can imagine what life, like maggots in old cheese, is bursting forth from Three Weeks and Broadway Baby.

Every year the lion’s share of the reviewing gets done (and believe me, we’ve crunched some numbers making this site) in the four days following the hiatus. After that, the reviewing tails off and the reviewers start heading home again. Like a locust cloud or the rats of Rapa Nui, their population explodes and then sharply declines once they’ve digested and shat out everything they can lay their claws on.

There are three great effects to this. First, the greater, second wave of reviewers have a curious habit of re-reviewing the stuff that other publications have already reviewed: either because it’s said to be really good, or really awful, or just sounds intriguing. Most reviewers are allowed to review at will, and the young, green ones that come later have no more idea than the average tourist what they want to see.  So they look in the press and think “It can’t be that bad” or “I bet it’s not that good”, and take it from there. Therefore early reviews – though much harder to get – are even more vital than most people think.

Another curious thing is that the reviewers at either end of the Fringe tend to be Scottish or naturalised Edinburgers. They don’t go or come from ‘home’ because they ARE home. The Children of the Bulge are to a much greater degree English, and young, and inexperienced and impressionable and unaccountable and scatty and untutored and raw. I won’t even start on the profound differences between English and Scottish education standards.

So in general (and it is a very broad trend, not a rule) the quality of the reviewing dips right about now, while the sheer volume increases. But some people benefit from this. If your show is obvious in its conceit, derivative in its jokes or in any other way not cutting edge, this is the time to get it seen by people who have very little to compare it to and may well love every minute. And if your show is avant-garde, cutting-edge, deeply ironic, blackly funny or deliberately shambolic, now is the time to have it taken at face value and two-starred by a juvenile. The best chance you have of being understood is if YOUR juvenile has had the show translated for them, by a professional review, early on. But it’s too late for that now.

The third effect is that the swarm happens just as acts are starting to flag, miss their homes and their beds and their normal lives. The anxiety of being reviewed rises just as the emotional wherewithal to cope with it drops through the floor. But it’s still better to be reviewed now rather than next week, when reviewers are so jaded that nothing matters to them anymore. And even if they love it, it’s kind of too late.

All we at Fringepig can do is wish you all well as you deal with the swarming. Whether you love it or hate it, it always comes to a surprisingly abrupt end. And it’s okay to promise yourself that you’ll never come again.

We will stay with you, and keep our noses to the keyboards.