this is an article from 2014Crap Things Reviewers Do… #1

This article was first posted on Friday, August 1st, 2014 Filed by Mister Kipper

SAYING ‘THE UNSCRIPTED BITS WERE BEST’ 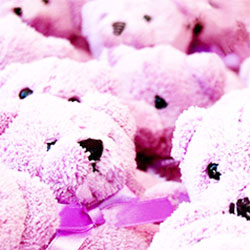 “The unscripted bits were actually funnier than the show”

“The banter with a man in the front row actually suggested to me that compereing might be more his forte”.

Did you know that, if you’re marooned in a lifeboat, you CAN drink the seawater? Forget everything you think you know. If there’s nothing else to eat or drink you can drink as much seawater as your recommended daily salt intake will allow. Which is about a pint and a half. A pint and a half of water will keep you alive. But the problem is that you have to start drinking it before you’re desperate. If you recourse to seawater only once you’re dehydrated your liver won’t process the salt and you’ll be poisoned.

What’s that all about? Well, imagine the on-stage marooning. That moment where you realise that most of the audience have left you behind. And those few that are with you are fading fast. You’re like Captain Bligh out on the trackless infinity trying to regain the trust of a hot, thirsty, despairing crew.

There’s a Fringe thing where people’s souls just leave the room. Overexposure to comedy, hot rooms, smelly rooms, cramped conditions, people needing a wee, rooms with single-figure audiences, sound leakage from next door, drunks, chatterers, fourth-show-that-day-syndrome and the phenomenon of people with free tickets who have no idea who you are or what you want to do to them – all of these things can stifle the laughter you need. And sometimes these factors just tip the balance.

And if it drags on for more than five minutes you can notice people staring at the ceiling, or cradling their hands, or yawning, or trying to stretch their legs. Is this your fault or theirs? It doesn’t matter. The important thing is, it has somehow become one of those low-energy gigs that you just have to get to the end of; another date on the calendar to put a cross through. Another one of those where the thought “I hope there’s no reviewer in for this one” flashes across your grey matter. You are marooned.

But then – mercy! Someone in the audience proves they WERE actually listening by perking up and chipping in. And the thing they say is good-natured. And helpful. And you reply in kind, because at this point you’re glad that this chap or chappess came along.

And suddenly, the audience is awake. Their indifferent fugue has been punctured by the timbre of a different voice. Your speech pattern has turned from declamatory to conversational. Suddenly it seems real to them. And then you say something funny, of course, because you’ve been doing this for years and if you can’t say something reasonably, conversationally witty in response to an unsolicited contribution then you wouldn’t still be banging away at this ridiculous way of life.

And it turns out there IS someone in, from FringeBanana or 1-2-Review-Fuck-U, who notes this exchange as a highlight of the evening; in stark contrast, in fact, to the scripted part you really WANTED people to laugh at. It’s infuriating.

Firstly, I want reviewers to stop saying that such events were “the best part of the show”, because they never are in any objective sense. If you don’t like the show then say so, but don’t single out a bit of arrant conversation and say “we should have had six courses of that”. A new voice in the middle of a monologue will hit the synapses like a fire alarm, and you’ll listen, and engage. That’s just human nature.

In hundreds of comedy shows at the Fringe the audience snooze through the show and perk up for the heckles or a bit of back-and-forth. It’s a Fringe peculiar, but one so well-worn that reviewers should at least be wise enough not to suggest that this is the sort of thing the comic should be doing with their time. Someone else spoke and the comic dealt with it. If you admire that then you are admiring the very least of that person’s talents.

More usefully, though, there IS a lesson for the solo comic here: involve your audience from the moment you cast off. If they’re shy or unresponsive, keep plugging. Try to get some chat in there within the first ten minutes. The possibility of engagement keeps people much more alert. A variety of sonic frequencies prevents their primal responses from going into sleep mode. And you can take up with them again, where you left off, if you should find yourself becalmed. We don’t all LIKE interaction. Even if we’re good at it, we feel that’s not why we’re at the Fringe. We can talk to people on their own ticket. But like the seawater you have to choke it down.

Start early. Because if there’s just you for forty minutes in a hot room full of somnolent fuckers who’ve drained their glasses, a chirpy exchange in the final routine will hit them like a sudden and blessed rainstorm. And you’ll think “Oh lovely banter! Lovely normal-sounding, refreshing life-giving banter! My show is saved!”

But it isn’t. It’s poisoned. The reviewer will slope off and write that you should be a compere, or do improv, because your off-the-cuff stuff is soooooooooooooooo much better than the material that is your very, very soul.

Previous ArticleWe are here. This is happening. Nothing will ever be the same again…
Next ArticleArts Award Voice: Is this a reviews site, or is it Nazi child abuse?