I wasn’t sure what to make of Andy Leask. I was aware that he was wont to be rather cruel. Last year he dismissed some poor beginner in a free show as “a socially awkward, comically inept little man, who has inexplicably chosen to pursue a career in comedy, despite having no skill in the field, whatsoever”. Yikes! So much spite, Andy. And so many commas.

However, in 2013 he seemed to go to a good deal of free and obscure stuff without giving any trace of reviewer’s ennui. Mr Leask does seem to enjoy most of the things he visits, and he generally limits his comments to whether or not he feels the performer is having an honest stab at it. Best of all he gave five stars to a show (The Bob Blackman Appreciation Society) that had only five people in it on the basis that he got it, and enjoyed it; a reviewing phenomenon often talked about but rarely observed.

Leask would do well to stop writing as if he has subjected himself to some sort of neurological experiment: “I was only laughing occasionally. I wasn’t caught up in the events unfolding on stage. I wasn’t gripped or engaged. Instead, I found myself dispassionately noting the skill of those involved, without any real sense of pleasure”. Sounds terminal, Andy. Time to hang up the notebook. 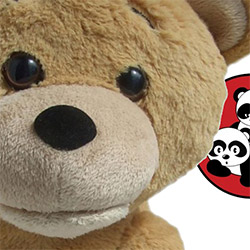