My Edinburgh show is about what it means to be a girl, it’s about how gender stereotypes affect children quite deeply despite the fact that they’re absolute nonsense.

My first gig was at my secondary school, it was to friends and family and I absolutely smashed it. It gave me completely false ideas about how good I am at comedy.

I whinge and moan and go to the toilet at least 17 times. I don’t handle nerves well.

Nope, I already have too many emotions.

That’s a strange question, it’s like asking how you feel about the weather. I like it when it’s nice and when it’s not I want to die.

I’m Jewish. My grandmother fled Germany during the war. If it weren’t for strong people like her Markus Meechan’s pug would be speaking German right now.

Are there any subjects that are not suitable for comedy?
I’m not big on controversy for the sake of it, I think if you can add something useful to a conversation you absolutely should be able to but if you think ‘Gas the Jews’ is funny, it’s been done mate.

Have you ever gone too far?
Probably.

I recently did a roast battle against my good pal Ed Night. That was the most fun I’ve had on stage ever because I got to call him names.

Find Sarah Keyworth on the web - 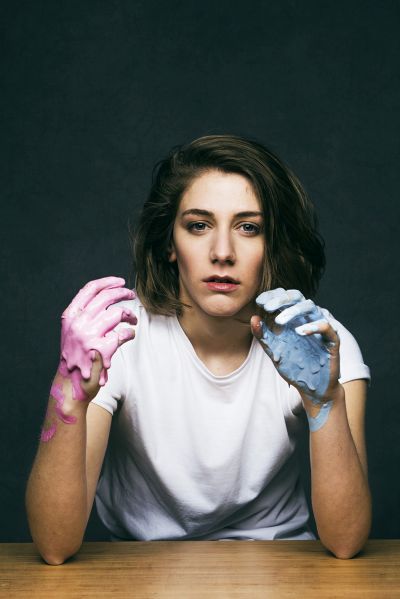 Find Sarah Keyworth on the web -