My show is called 52 Days because in 2012 I kept a journal for the year on a deck of playing cards. My New Year’s Resolution was to only drink one day a week, so every day I drank I wrote a journal entry on one of the cards. I’m going to deal the cards to the audience and then they’ll read them out and I’ll tell the stories in whatever order that happens to be. I honestly have no idea how the show is going to work at this stage, but I’ve written all the stories, and I’m excited to see what happens.

My first gig was August 15, 2011, which actually means every year I get to have my comedy birthday in Edinburgh! I was 20, and was still in the midst of being an arrogant little drug-rat fuckup of a kid. I drank 5 ciders and went on stage at the legendary (and now demolished) Rhino Room in Adelaide, and I think I did okay. It was a competition night called ‘So You Think You Can Host’, where the best few acts went through to a final, and the winner of that got to host the open mic the following week. I remember being a secretly indignant at not getting through to the next round, and it warms my heart to know that even after my first gig, the blind arrogance was bubbling away nicely. The only joke I remember from the set was about ratstails, as in the haircut, which is a widely known shithead haircut in Australia, it was: “When I see someone with a ratstail, I feel like they’re saying to me, ‘See how long I’ve been growing this ratstail? That’s how long I’ve been a dickhead.’ ” That joke always bombed in the UK.

I’ll probably cop a bunch of shit if anyone ever reads this, but I repeat the mantra, “Have fun, slow down, be in the moment, have fun.” Before I go on stage. Australian comic Nick Cody once accidentally gave me some advice when I ran into him at The Loft Bar and nervously rattled off a resume of everything I’d been up to that year, hoping to impress him. I got to the end and he looked back at me with a smile and said, “Great! But are you having fun?” I felt like such an idiot for getting caught up in the rat race, and I always try to keep that at the front of my mind.

I’ve never really had a bad review, but then again I’ve never really had a fantastic one either, I’m just paddling around in mediocrity. Fuck yeah!! I got a review off Steve Bennett this year at the Melbourne Comedy Festival, and while he only gave me 3 stars, it read really nicely, and he did preface one of his paragraphs with the qualifying phrase, “a natural writer”, which was a very nice way of saying that my 3 star show at least made logical sense.

I planned to read reviews of my show last year, but I didn’t get any. This year I plan to read none, but if I end up getting some I may request to have my friends sing them to me over a nice cup of tea around the kitchen table at lunchtime. Last year all my flatmates wrote reviews for each other on our posters and put them up in the bathroom of our place, we might do that again actually, and will possibly look to expand to other comics’ posters as well. Inquiries welcome.

I think reviewers get a lot of shit from people for doing what is essentially a community service. Yeah they get it wrong sometimes, but so do comedians, and audience members, and everyone. They’re just trying to let people know what shows are worth seeing, which is a valuable service in this incredibly moist (saturated, sorry) market. Comedians talk about how their jokes are for their audiences, and some even get angry when people in the crowd don’t like their stuff, crying, “you’re not my audience!”, well reviewers are the same. They have their audience too, which is people who are looking for shows and have found their tastes in alignment with those of the reviewer. Comedians don’t usually make up the audience for reviewers, which I guess may be why so many of them find the reviews they read distasteful – they were never meant for us… this is all well and good though, but like I said, I’ve never received a REALLY bad review, so who the fuck am I, really?

Hahahaha no, I’ve not looked into this or read any of the think pieces or talked to anyone about it or even actually seen the video, so I’m probably way wrong on this, but when I imagine a little dog doing a Nazi salute like it’s in the Hitler Youth, that makes me laugh. It’s even funnier that it’s his girlfriend’s dog hahahaha, like I imagine she comes home and he shows her and she’s so angry at him, but not actually angry, just angry in that cute way that girlfriends get with their silly, silly boyfriends. They’re in love, I imagine, and he does these kinds of things all the time because he likes to make her laugh. He thinks when she laughs he can see through the tiredness and day-to-day fear that beset her, and witness a part of her soul. She’s happy, she just needs a reminder from time to time, and being the person who can give her that reminder in turn makes him happy. It’s not even really about the dog, or the Jews, or whatever, it’s just about them being together and being there for each other, which is honestly the most important thing there is.

That’s what I thought until I read the question again and saw the part where he calls himself Count Dankula, and now I think he’s a cunt.

Of course not, but I really think the point is moot, because while there are no subjects that are not suitable for comedy, comedy itself is not suitable for public consumption whatsoever, and should be ceased as soon possible, and all it’s relevant institutions burnt to the ground. This is an awful thing that we do, and I’m ashamed to be a part of it.

Oh bro, going too far is like my whole fucken shit, you know? Yeah man.

I’ve never really done any big, impressive shows or whatever, but whenever I can feel the audience being excited to hear what’s next, whenever I know they’re right there with me, that’s when it’s the best. 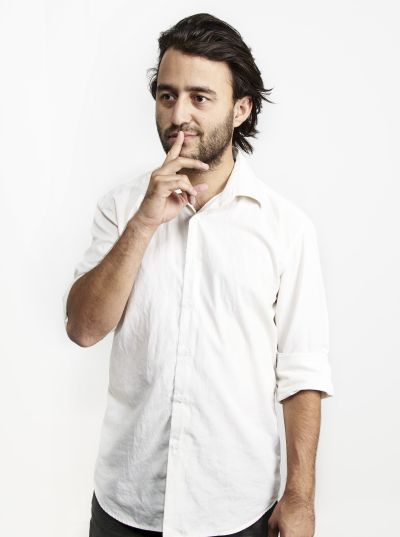 I got a review off Steve Bennett this year at the Melbourne Comedy Festival, and while he only gave me 3 stars, it read really nicely, and he did preface one of his paragraphs with the qualifying phrase, “a natural writer”, which was a very nice way of saying that my 3 star show at least made logical sense.