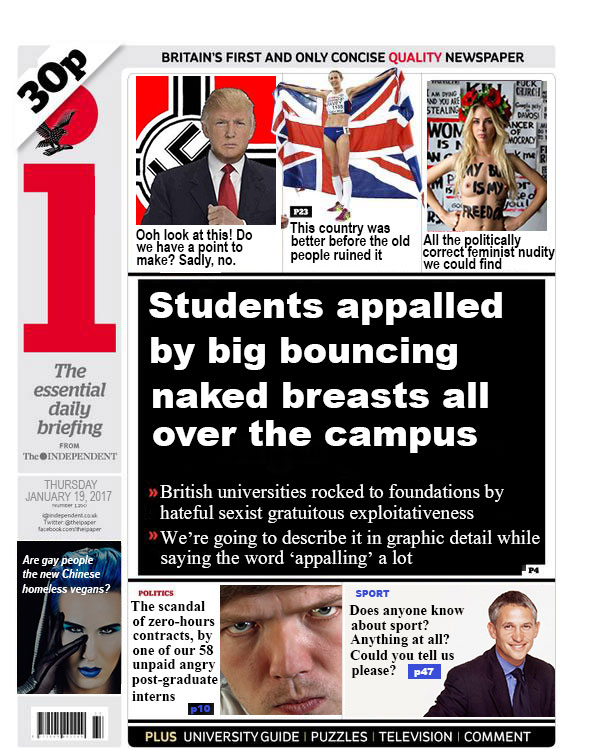 Chances are, by the time I’ve finished typing this, the i, or iNews, or iPaper, or The i Newspaper (or however it’s finessing itself these days) will be no more.

As you may remember, the Independent newspaper (back when it was a newspaper) decided in 2010 to deal with its tailspinning sales figures by launching a new newspaper for people not to buy. True to the business plan, people didn’t buy it in droves, and so in 2016 the i Paper (as it was then almost definitely known, although some at the paper said it was just ‘The i’) was sold to Johnston Press, which owns the Scotsman and so was keen to have a new £24 million millstone around its neck. And I’m sorry for all the sarcasm in this article but it’s very hard to make sense of these business decisions without some sort of ironic prop.

Anyway, Johnston Press realised that the only people who DID occasionally buy the i-whatever were students, because it was cheap and flimsy and therefore an easy way to virtue-signal in public without the inconvenience of actually learning anything.

So now the iNews is JUST a newspaper, and the website that used to be part of the iNews has gone back to the Independent as Indy100, where it does a reverse Daily Mail of letting the grim, serious stuff stay in print while it concentrates on tits and bums online. Except that The Independent has no print, and the tits and bums of Indy100 are all in ‘body-positive’ stories about empowerment. Indy100 is not to be confused with The Independent’s ACTUAL website, where you can read all the ‘news’-news for free, completely undermining the Independent’s attempts to sell a newspaper in tablet/phablet form. Although nobody would anyway, because its version of the news is written by drips on work experience and all the facts are wrong. It’s sort of like a fake news site, except that the stories are fake by accident, whereas in Indy100 they’re fake on purpose and contain 200% more cats. If there IS, in fact, any purpose. Or any facts. In short, nobody knows what’s going on and by writing this I’ve joined a diminishing coterie of people who even care.

The only reason the iNews is in here is that, since moving to the Johnston stable, the back catalogue of stories has been squabbled over like sweets. Not nice sweets, just out-of-date cough sweets. So comedians wanting to brag about their reviews have found them shifting between the Independent and the iNews and back to The Independent. If Johnston makes a go of the iNews then there may well be more comedy reportage since that is one area where the actual Independent has almost entirely given up. One day Fringepig will give up on the task of taking the piss out of the Independent and all its unhappy children. But to quote Aragorn, THIS IS NOT THAT DAY.

Anyway, watch this space. And give it as much thought as the outcome of the next Paraguayan election.

Reviewers for i News 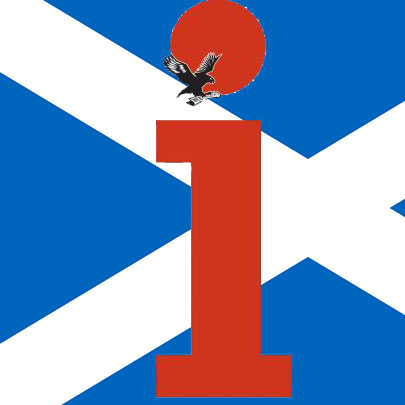