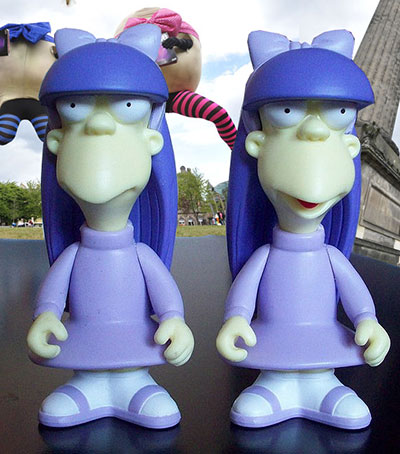 “But we’ve already had FringeReview in!” says the frazzled comedian in the middle of Week Two.

“No, this is Edfringe Review. It’s different. It has a space between ‘fringe’ and ‘review’, and an ‘Ed’ on the front.”

“Actually they’ve asked for two, so that they can stare at you with four fearsome eyes like Sherri and Terri Mackleberry off the Simpsons…”

Actually, the way the Fringe is going, giving away tickets is no hardship now that half the shows are free and the other half are rarely full. The bigger problem in many shows will be the fact that TWO reviewers, sitting next to one another, scribbling furiously, will be twice the distraction of one. Shows play to five people. Imagining if two or three of them are reviewing: the dynamic will be utter shit.

We suppose the intention is to get two takes on the same thing and so give a fairer overall picture. Practice suggests otherwise: having two untutored neophytes looking at something tends to mean that one will cover the squares on the Reviewer Bingo card that the other missed out. So whereas one will say the act was self-effacing, the other will say that he was self-deprecating. One will talk about memes while the other calls them tropes. It will end with one saying they didn’t understand it and the other saying it made no sense.

The reviews never contradict one another, merely reinforcing an overall take. There never seems to be more than a single star between them either. But then it’s not as if any two reviewers aren’t going to discuss what they’ve just seen until, like a jury, they’ve formed a consensus opinion and forgotten which ideas are theirs and which they’ve borrowed.

The drop-down calendar gizmo in the menu bar is cool; this can be used to see the reviews of anything they’ve reviewed according to its programmed time. But the reviews themselves are just insufficiently insightful for this to be of much use.

Give some tickets to Edfringe Review.com if you like; what harm can it do? Don’t expect it to double your exposure though, or set off a Kitsonesque discussion about how Marmite you are. You’ll probably just lose twice as many punchlines and then be double-damned or double-liked. And nobody will care either way. 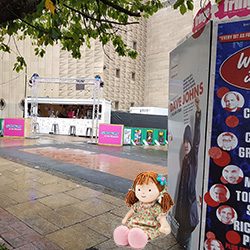 I sometimes wonder what it is that draws reviewers to Edfringe Review: is it the dizzying, unwelcoming site navigation that ...
Read More 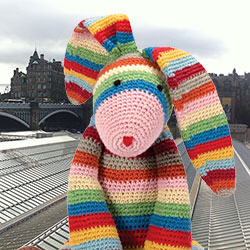 Kate Wilkinson gets the reviewing lark right, on the whole, with a nice balance between exposition and commentary. Her style ...
Read More 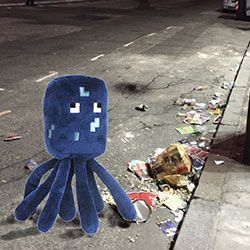 I don’t know how YOU review Fringe reviewers, but I do it like this: I make a document of all ...
Read More
Previous PublicationMumble Comedy
Next PublicationFringe Guru 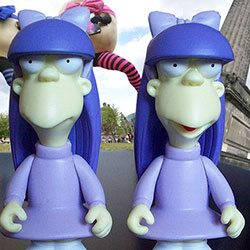