Corry Shaw is a strange person. I hope I’m not stretching my brief here; I am aware I need to assess the reviewer, not their personality. But Corry Shaw is a perplexingly odd character and this oddity explains the nature of her reviews.

At the 2013 Fringe she reviewed one thing, The Barnes Identity, which she duly crucified. Then, possibly following some complaints, she declined to review anything else that year. We all know of comedians who have balked at the pressure and run off to Waverley but… a reviewer?

Not that Shaw left for home, of course. I’m sure she had plenty of other things to do within the Chortle empire. And I’m not going to be a dick about it: I didn’t see the show she reviewed. So even though it’s true to say that 100 per cent of Shaw’s reviews last year were one-star damnations, that’s to misunderstand her contribution to comedy. Shaw works at many levels of the industry and, as far as writing goes, her open letter to Kate Copstick over her frankly woeful rape apologism is a brilliant and gutsy piece of writing that shows the force of Shaw’s personality. We may only wonder what good things she could do if she directed her energies to reprimanding the misguided people who make policy, rather than the ones who play the Free Festival. I really want to like Shaw.

But there is a problem, and that’s that Shaw is quite unnecessarily vicious. In her one 2013 review, which I’ll restrict myself to in this assessment, she begins by saying “there is nothing but sympathy for Chris Barnes, who obviously has the Fringe dream pushing him on to risk himself emotionally and financially at this brutally competitive festival. There is nothing more tragic than watching a young man try to follow his dreams and fail spectacularly on every level.”

Already this sentence contains a little more than sympathy. Already it is trying to turn a very small, possibly not-very-good show on the Laughing Horse Free Festival – probably enacted in a box room or a butcher’s deep freeze – into some historic failure on a par with the Titanic or the Hindenburg.

If the show was that awful, and you really have sympathy, then why not wrap it up and put it in the bin with as few words as possible? But no: over the course of 600 words, Shaw continues to whip, puncture, gouge and flay the act in question whilst trying very hard to give the impression she regrets having to do so. The length of time she takes about it reminds one of medieval torturers who could keep you alive until they’d smashed every bone in your body into powder. I won’t quote any more from the review, because the act in question has suffered enough. We know that some reviewers review like this, but the others don’t call it sympathy. The others don’t seem to relish (while at the same time claiming to be horrified by) “the pain in his eyes”. In short there’s something voyeuristic about Shaw’s review that I’ve seen in her previous years’ work and hope I won’t see again.

As I say, I want to like Shaw. She’s better than this.

Corry ShawWriting for CHORTLE (Reviewed in 2014) 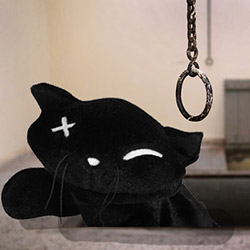