This article was first posted on Thursday, August 6th, 2015 Filed by Editor 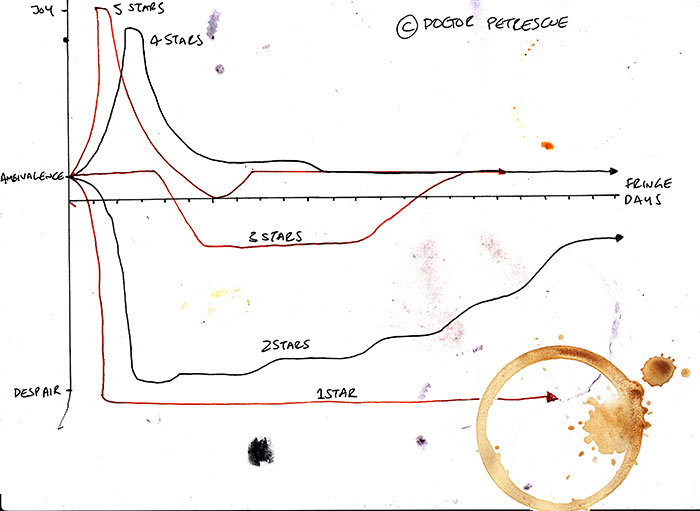 A shocking report, released to FringePig today, shows the effect of being reviewed on the minds of young comedians.

The report was shown to us by a stuffed toy doctor sitting in the corner of the Burke and Hare, and has been compiled using the very best pens and paper and double-blind asking people vague questions while drinking beer and eating crisps known to science.

The report, made by Doctor Fluffius Petrescue was published by the Toytown Lancet under the academic title Psychosomatic Responses To Amateur Criticism in a Pseudo-Professional Environment. It records the mood of 50 stuffed toys who were each subjected to either a one, two, three, four or five-star review. Mr Petrescue reports that “While those receiving five-star reviews quickly achieved a state of heavenly joy, similar to a gram and a half of MDMA – like, really good stuff, no sulph or anything – this quickly plateaus and actually drops below the control mood or ‘contentment’ level.”

The drop is harsher than for those receiving a four star review, although – perhaps because – the news is broken to them less gently and the resulting high more rapturous. 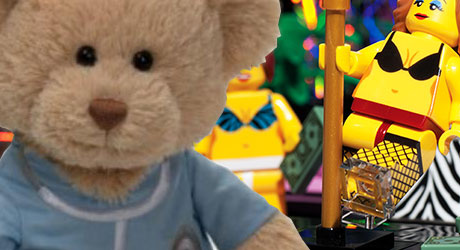 “The joy of a five-star review is quick to initiate, because people will quickly tell you about it. You will then feel intensely happy for between half an hour and a day, depending on your personality and your base level of natural cynicism and self-hatred. For most comedians these levels will be pretty high. After this, doubts and anxieties quickly start to break down the fuzzy delusion that your life and career is now sorted. You think ‘Who IS this reviewer, anyway?’ ‘Does anyone even read this publication?’ ‘Will people just laugh at me if I brag about this?’ ‘Will Armando Iannucci ever read this review?’ Meanwhile the dopamine that has overrun your body suddenly bottoms out and, beset by imponderables, your mood crashes to earth.”

Doctor Petrescue added that four-star reviews were generally healthier. “Four star reviews are generally less harmful to the recipient, especially if he or she gets a string of them and thus becomes inured to low-intensity approval. But there is no ‘safe’ star rating, and any star rating at all has the capacity to make the recipient unhappy in the long term or act like a right cunt to their flatmates and friends.”

“Approval is very addictive,” said Doctor Petrescue. “When you get your next good review, you’re not enjoying the experience of approval AS approval. You’re just experiencing relief that your craving for approval has been sated. A really good review early on can make this need very urgent right from the beginning of the month.”

The most inescapable finding of Doctor Petrescue’s team was the overwhelmingly negative effect of low star ratings as opposed to the transitory benefits of high ones. “Toys getting one and two star reviews didn’t return to their baseline mood at all during the course of the experiment. Their recovery was undoubtedly delayed by having to carry on the unhappy relationship with their toxic shows. Expecting an act to carry on performing after a one-star is like blowing away both of Cammy Bell’s kneecaps and then expecting him to carry on in goal.

“If you work out the area of happiness in a five-star review, you’ll probably find it fits about seven or eight times into the misery caused by a one-star. So those bringing a show to the Fringe in the hope of getting a brilliant review are really gambling the entirety of their health, happiness and future wellbeing – not to mention their financial security – in the hope of winning about the same amount of happiness that would be gained by a half-hearted hand job. Because, you know, even a really lacklustre hand job is still pretty good.

“You would get much better odds from a stuffed toy crane grabber at an amusement arcade in Portobello.”

Most terrifying of all is Doctor Petrescue’s conclusion. “Obviously I only got my accreditation on the internet from the university of Tuvalu, but I think you have to conclude that you’re better off, and certainly safer, spending your Fringe budget on cigarettes,” he said. “Or unprotected sex. Possibly with the sort of toy you can win in an amusement arcade in Portobello.” 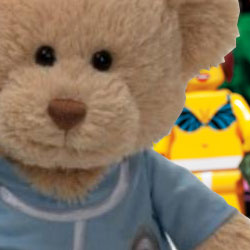