this is an article from 2015My Darkest Hour

This article was first posted on Friday, August 21st, 2015 Filed by Editor

Barrie the Bear recalls sixty awful minutes in which he nearly gave up on reviewing – and on life. 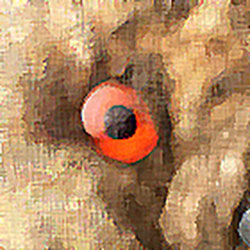 12:00 That review I posted on Twitter about that ground­-breaking act I saw went live 10 minutes ago. Nobody has told me that I’m the next Kate Copstick yet. Well, I’m sure the praise will come. Just hit refresh…..F5…..nope, nothing.

12:10 It is beginning to dawn on me that the tsunami of change and debate I was hoping to inject into the Fringe is more like a fart in a hurricane. But I’ve been enjoying mediocre comedy for over a year and sometimes I laugh at things no­one else laughs at. Surely my sense of humour isn’t in question here. I do know what I’m talking about. I really do…..F5.

12:15 I’ll be the toast of the town this Christmas when I return home. My views are  important. I won’t let anyone tell me otherwise.

12:16 I wonder how that comedian is feeling at the minute about his review? Meh, who cares?

12:17 Little does he know he’s a pawn in the chess game of my Career strategy. A footnote in my autobiography. Twitter still looks quiet though. It’d be good to know how many lives I’ve touched with this…F5.

12:30 You know, I’m beginning to think no­-one cares. I’ve written a review that went live half an hour ago. Only my auntie has even liked it on Facebook and one person has commented on it on the website and that comment read, “Great comedian. 5 stars…and a great nephew too”. Maybe being a comedy critic is not all it’s cracked up to be.

12:32 That lanyard was cool though. And the free tickets.

12:35 Maybe it’s because there are too many reviewers to get noticed. Some of these publications are made up. Not mine, though. It is a bastion of good comedy reviewing and professionalism. Doesn’t matter if I’ve never met the editor in person. Or read it.

12:40 Seriously?! Why the fuck has nobody read my review yet?

12:45 Recently some idiot stuffed toy suggested that I’m underqualified to critique. But it’s not like anybody is reading this anyway. Maybe the next one will be more popular.

12:47 Maybe next time I’ll try saying something out of my comfort zone to get the attention of people. Maybe I’ll give everything 9 out of 5 and refuse to back down from that stance. Compare everything I see to some of those obscure comedians I’ve seen on youtube …F5….

12:50 I don’t know why I bother. My parents spent all that money on my education and here I am writing reviews for some godforsaken publication that no­-one reads and for what??? I don’t even get paid for this shit. Sure, I get free tickets and have something for my CV but judging by this, nobody will read that either.

12:55 Maybe if I put five stars on my CV then someone will read it. Does anybody read anymore?

12: 56 Right, calm down, that review was just posted at noon and as we all know that this is a particularly bad time for stuff to go online. The Lunchtime Black Spot we call it. Maybe that was why no­-one likes your review. Nobody has seen it because of the Black Spot. Better re­re­re­tweet it…..F5…What? Still nothing?

12: 58 This is futile. FUUUTTTTIILLLLEEEEE. Nobody cares. I don’t even care anymore. It’s not even like I want positive feedback; just some constructive feedback would be nice. I want to discuss comedy with someone. I want to have debates and feel passionate about it as an art form but nobody, and I mean NOBODY, really seems to give the least amount of fuck about what I think about it.

12:59 I don’t know if I want to live in a world that doesn’t recognise my reviewing as an art form. Maybe if I die then years from now people will dig out my old reviews and then, and only then, will they be truly heard. That’s it. The world will know of its mistake. I have nothing. GOODBYE.

Previous ArticleAre We Total Dicks About Spellign?
Next ArticleBlack Wednesday / Half Star Ratings