this is an article from 2018It’s Grim Up North

This article was first posted on Tuesday, August 14th, 2018 Filed by Derwent Cyzinski 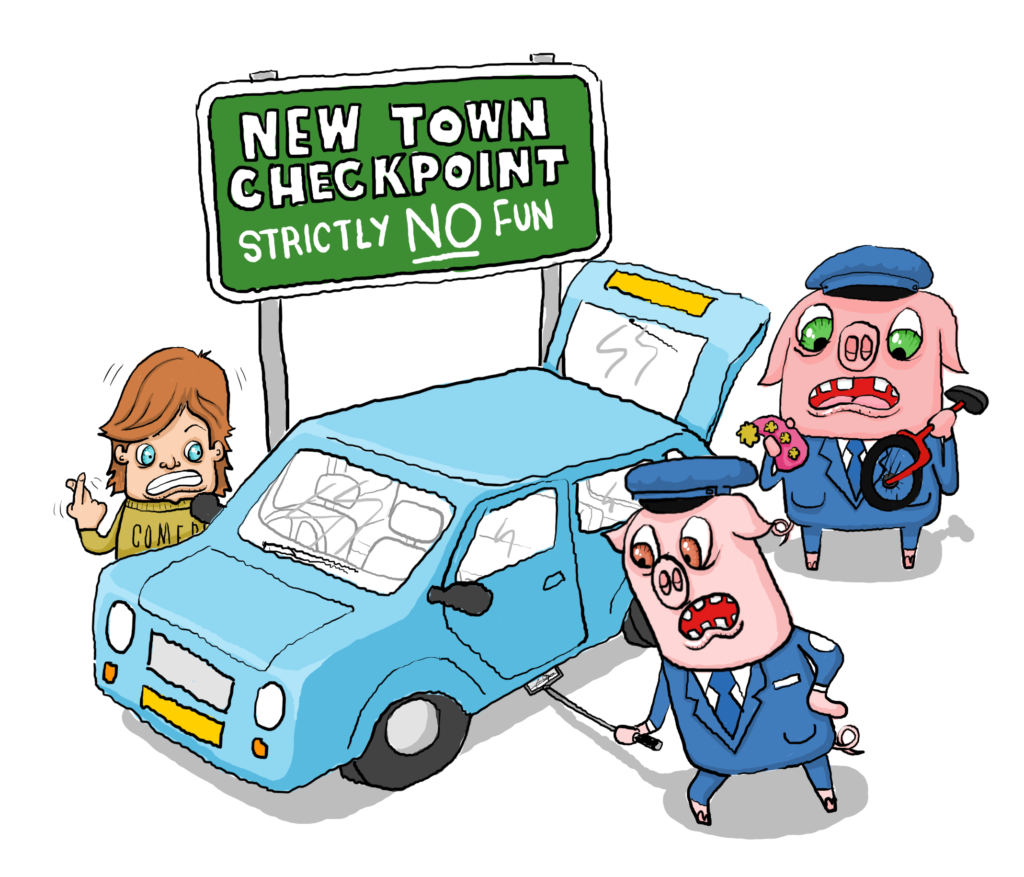 Remember February? The Hysteria from Siberia was about to bury us in snow. And then our City Fathers issued a proclamation far more chilling than any beastly weather: street-based festival events in August were to be cut to the quick.

Seven new rules were drawn up to ensure a “consistent approach” to events in public spaces, all variously dunderheaded. Of special note was number 6: “The spread of activities to spaces across a wider area of the city will be encouraged”. This, apparently, meant thinning the Fringe out from its nucleus in Old Town to less well-trodden areas, but the only idea mooted was to try and tempt the Spiegeltent to Fountainbridge. Which, if you’re just visiting, is a part of the world’s most beautiful city that’s been modelled on post-war Coventry.

What we do know is that it’s demonstrably b*llocks. The Festival Fringe Society has applied to take possession of more of the Royal Mile down to Hunter Square, and the Square itself, which the Council – barring a last-second change of heart – has granted. It has claimed this territory to put on street-based Festival events – you know, those things the Council was going to pare down before it got a whiff of fresh chequebook.

So the Old Town is Fringier than ever. They’ve made it clear they won’t be touching anything in Festival Square by the Uni. There has so far been no specific prohibition, despite point 2 (The use of a space must support and reinforce the special quality of its surroundings) on erecting giant purple upside-down cows in any part of our Georgian loveliness.

So triple huzzah! But what’s happening north of Prince’s Street?

Not a lot. Last year, the Fringe celebrated a rather quiet 70th birthday, marred by what the Stand’s parent company Salt ‘n’ Sauce Promotions called a “bloody disgraceful takeover” of their tenure at St Andrew’s Square, plus a fun moritorium on George Street. The Stand’s long-fought campaign to make the New Town a second Fringe hub faltered, but we all hoped it was temporary.

The villain of the piece was Standard Life, which didn’t want burger stands and beer in the front yard of its swanky new headquarters, and last year installed a thousand fluorescent tubes there instead, to remind passers-by that they might need epileptic seizure insurance. Royal Bank of Scotland, which also has its head office there, backed the eviction – apparently anxious that it might appear, God forbid, to be an institution of some fleeting value to humanity.

Earlier this year, after a deafening silence, it became clear that the landowners were not going to reconsider and the Council was not going to help by allowing things to happen further down George Street – or indeed anywhere else – despite making huge territorial concessions to the Book Festival. Katy Allison, the Council’s PR Officer for Festivals, makes a virtue of this. “Even though there’s not as much Fringe activity in New Town, there’s a lot more going on there for the Book Festival,” she told us. So why not make those same spaces available for Fringe events? “I’m not in a position to answer that,” said Katy, back in early June. “But I will send you a statement right away.” Yay! Er.. how long is ‘right away’?

Jojo Sutherland, who until four years ago ran a comedy club on Rose Street, said: “It’s harder up here. People think that Rose Street, with its golden mile, is the heart of tourism in Edinburgh. It really isn’t. It’s dead after 6pm. I know that the Gilded Balloon’s new Rose Street Theatre has been struggling.

“I think it’s devastating what’s happening. When I started acting at the Fringe years ago the Festival was concentrated in the New Town. St Andrew’s Square used to be phenomenal. Café Royal was a real hub too; now nobody can even find it. The New Town Bar is gone. The Jekyll and Hide is just another bar. The Newsroom is facing a building site on a closed road. This feels more and more like a city of two halves.”

Clare Smith of the Scotsman believes the decline began years ago. “The worst thing the Council did was vandalise the Assembly Rooms,” she says. “They put shops in it and broke up the building’s integrity. They ruined that building, and they run it very badly for the rest of the year.

“It used to be a place where deals were done, where people would light cigars with burning tenners. But they painted it grey, they filled it with TV screens and they made it look like a dole office. They even talked about doing away with performance spaces and turning it into one giant bar. I mean, why do they think people are there in the first place?”

“The Spiegeltent is gone. David Bates, who started it, was absolutely furious. He got fed up with being messed around and just doesn’t want to deal with the Council here anymore.”

Karen Koren of the Gilded Balloon is far more equivocal, saying that she’s excited about the prospects for the group’s Rose Street and Basement Theatres this August. But she concedes that the Council are less than helpful, especially by putting free extravaganzas into Prince’s Street Gardens.

“I’m annoyed that the Council lets DF Concerts and Events come here to put on free shows that pull 6,000 people out of the Festival. They could do this in June or July. But they go and put on Paloma Faith or whoever at taxpayer expense, just when the rest of us are trying to make a living. The BBC at Potterow too. Why do they allow it? It’s just ridiculous.”

The politics behind all this would fill a book. Rumour abounds that the City took the Assembly off Bill Burdett-Coutts, who more or less founded the modern Fringe, because he’d start each August with a rousing speech that villified Council silliness. There are plenty of theories too on why they then gave the building to Salt ‘n’ Sauce just to leave them high and dry in 2015 – turning it into what The Stand’s manager Kenny O’Brien called “a digital wankfest for tweed tossers” that even the tossers avoided.

Stand venues suffered for two years with the tram project; now the St James redevelopment and its arcane traffic reroutes have put York Place in a bit of a backwater.

Of course, strong shows always create a destination, and the Stand is taking no chances this year with comedy big guns instead of music at New Town Theatre. Last year Kenny told Essential Edinburgh that, for a smaller outfit, the losses felt on George Street “would have been ruinous”.

It’s not the despair that kills us, though. It’s the hope. The sheer fickleness of the Council is such that it might change its mind again. As Karen says, “The Council will move the goalposts every year, it’s just what they do. We had the ice rink at Prince’s Street Gardens for 12 years and they took that off us. But I don’t get discouraged.”

Yet Kenny has stated that Salt n’ Sauce cannot afford the risk of developing George Street again. And if not them, then who? Particularly when there’s nothing in it for the investor but pain and perfidy?

No doubt the Council’s plans for the New Town will be made bright and clear in that statement Katy’s going to send us.
(We’re still waiting.) 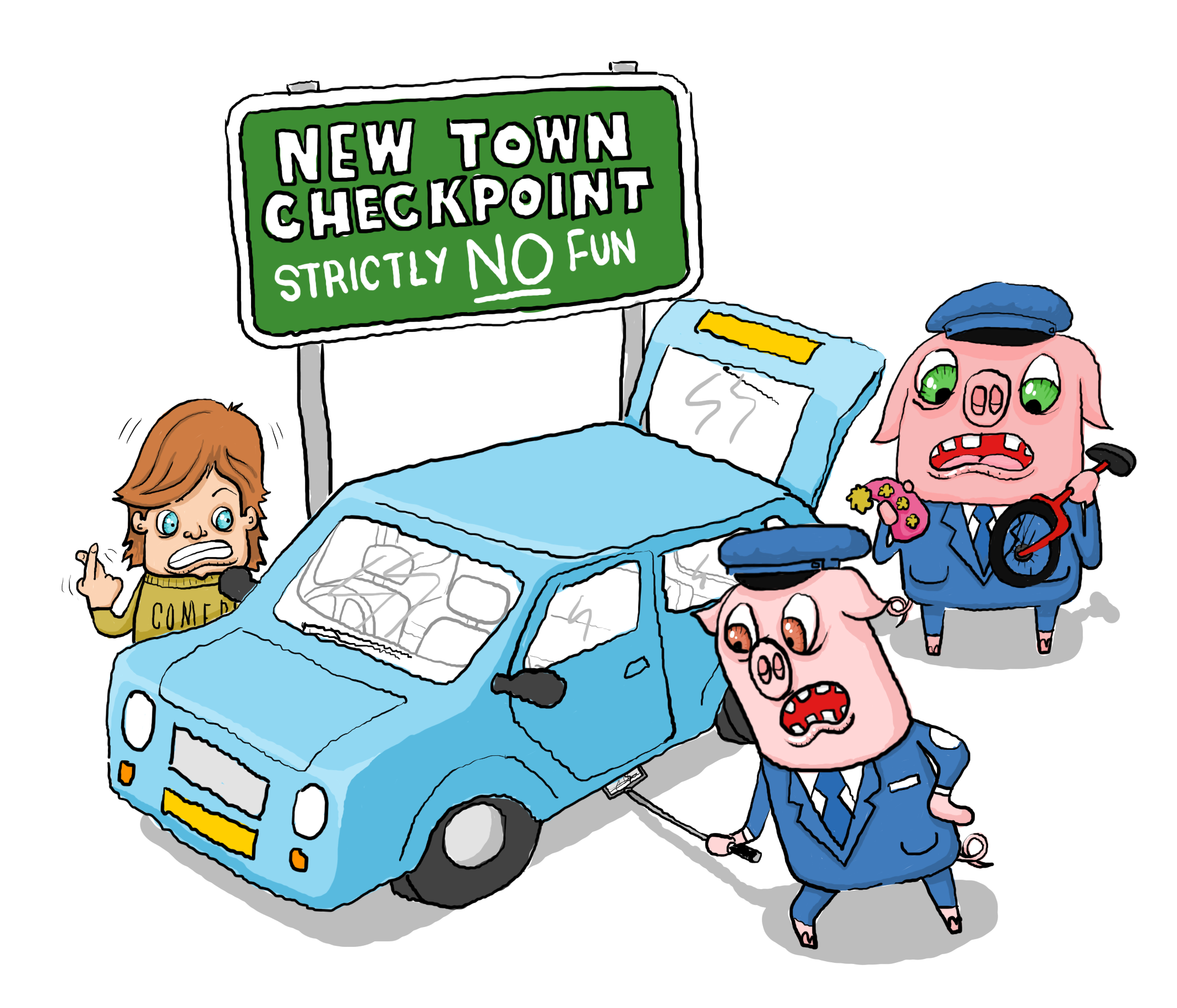