this is an article from 2015Everyone’s A Critic, by German Chuckieegg

This article was first posted on Sunday, August 23rd, 2015 Filed by Editor 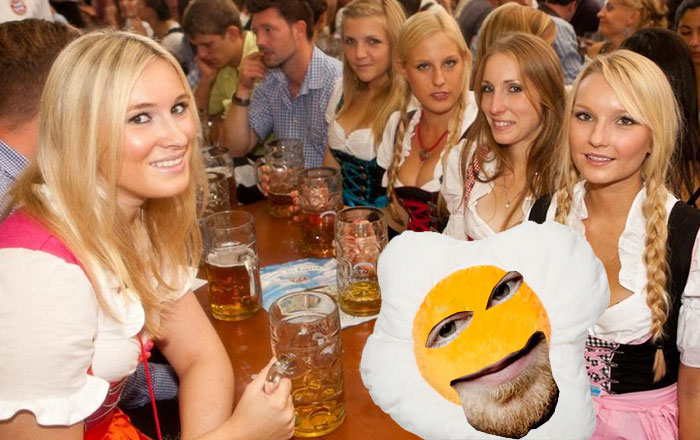 We liked this blog post by the renowned Teutonic cuddly bearded fried egg toy comedian German Chuckieegg, so we’ve reprinted it here. Does anyone else have an opinion on the recent reviewer habit of tweeting your reviews right at your face so you can’t avoid them? Tell our editor: kipper@www.fringepig.co.uk

One of my least favourite things about the Edinburgh Fringe other than the rain, the length of it all, Saturday crowds, Friday crowds, Sunday crowds, Monday crowds…oh ok, sorry…are the reviews. I understand why the world believes they need to happen. There are 3000+ shows here at the fringe everyday and so the best way to sell your show is with a good review. Or a very bad one. Stars are adorned on posters from websites that no one’s ever heard of until August as though they emerge from a cave to briefly spread their ill written thoughts, only to hibernate again in September till feeding season comes round again. So I get why they’re here. It’s just that comedy is, as it always has been, subjective. Just because one critic does or doesn’t like your show, it really doesn’t mean that everyone else will feel the same way. Festivals like the every wonderful Machfest – which is admittedly, curated and a lot smaller than Edinburgh – ban press from coming and audiences fill up every seat with enthusiasm anyway. Willing to take a chance on anything there. Also if a review is genuinely constructive, great. But more and more the reviews at the Edinburgh fringe aren’t helpful to performer or audience at all, with vague notions of what is or isn’t wrong with it and often contradictory statements.

I had said I wouldn’t be bothered by reviews this year and was going to make some sort of feeble attempt to avoid them, but this was scuppered by ‘zines directly tweeting me their views on my show. So far I’ve had one lovely one and two less lovely ones that still aren’t that bad. In fact they really aren’t bad and while I could pretend I’m not remotely irked by them, there are certain things in both that make me wonder if the people writing them were paying any attention to my show. Comedians don’t get the chance to explain why they have decided to make the shows the way they have and so I thought, mostly as a cathartic exercise for myself, I’d address some of the non-constructive criticism levelled at my current Edinburgh run. If you’re coming to see the show and don’t want spoilers, look away now. Although at some point you will have to check your computer/phone/tablet/psychic puddle again at some point so maybe just close this page instead.

For balance I’ll include confusing bits from the nice one too and I won’t name any of the writers. I also won’t differentiate which bits are from which reviews. I’d also like to point out that I am fully aware my show isn’t the best show ever, and nor do I expect it to get better ratings than it is, or care if it does. But if you read below you’ll see how odd some of the reviews are and how little I can take from them. Hence, this blog.

‘The bearded berk muddles his intentions by arsing about with space helmets’ – This is a curious one. I pick up my space helmet at the very beginning of the show and set it on a table as a set piece. I then use it at the very end of the show for a 10 second final set piece. Apparently this is enough to upset said reviewer and count as ‘arsing about’. I can only assume he had a horrifically uneventful childhood that he has mistaken as fulfilling, where mucking about with a toy lightsaber or the like would involve him standing quite still being bored with it. I would happily arse about more with a space helmet on at every opportunity but it’d get in the way of the show. So I don’t. Obvs.

‘It’s too bad he seems to lack confidence as a performer, muddling through sections of the set and tripping over words. He could prove capable of shocking casual audiences out of their complacency if only he’d take a more confrontational tack.’ – There is a lot of criticism I’d happily accept about this show – the writing, the subject matter, how disruptive the venue is, my stupid face – but not having confidence is an odd one. There is a chance he came on the day that I’d been hit by a terrible head cold, which I explained and then had to ruin timing in order not to cough in audience members faces. I know having a cold is the cheap Natalie Bennett defence, and an excuse I won’t use. You just think someone’s whose paid to write about a show would note that the performer was unwell and not under confident. Having done stand-up for nearly 12 years now, confidence honestly isn’t an issue anymore, expect at the odd gig i.e. supporting Frankie Boyle or shows like that. Also if I took a more confrontational tack, I wouldn’t be me. I’m not confrontational. I like being smiley and friendly. So if I started channeling my angry comic more I’d probably get accused of trying too hard. Earlier in the review the writer says ‘there’s conviction in Douieb’s material that few others can match’ so if they want me to keep that but somehow not be me, isn’t that a contradiction? Hugely un-useful advice.

‘A gifted orator with an amiable style, his punchlines never quite bite they way they should, taking on easy targets and hitting them with soft taps.’

It is widely discussed among us acts that there is no such thing as a hack or obvious subject if you have an original take on it. I’ve seen comics take incredibly overdone subjects and weave magic into them by doing it their way and it’s always a joy when that happens. As someone who likes discussing topical events I was bound to have some subjects the same as other acts this year. With 3000+ shows, it’s quite hard to have an entirely unique topic to take on. So my subject list for the show is currently:

Some of those have been discussed before no doubt. I’ve got one joke about Mumford and Sons and a bit about Katie Hopkins. I do this a) because people will have heard of them and to get them on board with all my other material I throw in a few more obvious reference points as a warm up device. And b) because they are topical. The Mumford joke will work as a joke with another band in the future due to it’s structure but it seemed the simplest choice to make. And most importantly, it makes people laugh. In a comedy show.

I don’t know if things like the Hebdo attack are ‘easy subjects’ or not, nor how I could hit them harder without changing my entire persona on stage or the subject of the show. As for the punchlines not biting, that is subjectivism working it’s magic. Over several months, 12 previews, advice from other acts, advice from my girlfriend and friends, and a lot of writing, I honed and worked on each gag to make sure it had a punchline to it that would make the majority of the audience laugh. Each day at the Edinburgh Fringe they’ve been doing exactly that. But you can’t please everyone. You never can and no one ever will.

So what should I take from these reviews? That to get a higher rating from these specific writers I have to become an entirely different comic? That’s not likely to happen. I enjoy being me on stage, talking about things I know about. Audiences seem to be enjoying me doing that too and last week a comic I’ve grown up in awe of came along and rang me after to say how much he enjoyed it too. I realise how arsey and defensive that all sounds. I don’t mean it like that. I just mean that when you take into account all those things how are any of these comments remotely helpful? What can I take away from them?

I suppose I could take away that if they stopped tweeting them directly at me I could happily ignore them all for the rest of the month like any sensible comedian would.

German Chuckieegg can be seen at the Fringe until August 30th – The World’s Full Of Idiots, Let’s Live In Space – The Annexe, Cowgate, Edinburgh Fringe 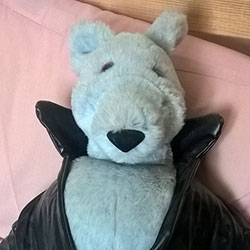 RE your recent reposting of “Everyone’s A Critic, by German Chuckieegg”, I have a confession to make.

Years ago when when I reviewed comedy at the Fringe (something I no longer do – I’m now older and wiser), I wrote a 2.5-star review of Ava Vidal and tweeted it to her. I thought I was being helpful by pointing out where she went wrong.

Turned out I was being a cunt, and I would say that anyone who does tweet a bad review to an act is also being a cunt. I learned my lesson and regret what I did. Don’t do it. 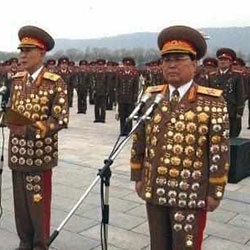 This is a really difficult one to get right, our comedy policy tends to differ from the magazine in general, and tweeting …and @ acts is usually done with good intentions, I think, but from the Skinny Comedy account we avoid it altogether now.

The magazine has respected this and modified what it is doing, too. But people do complain either way unfortunately. 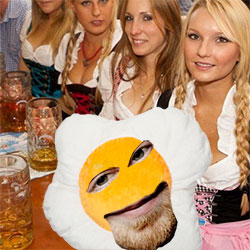