Good reviewers are harder to review. That’s because, in trying to get an angle on their body of work, you suddenly find that you’ve read everything they wrote at the 2013 Fringe as easily as if it was a pulp thriller, and you’ve reached the last one with barely a thought in your head.

This is all as it should be: Robertson’s prose is so smooth, his analogies so unforced and his style so assured that there’s barely a bump or a jolt to knock you out of the groove. You get the sense that Robertson has been doing this for a while.

This reviewer does not agree one bit with some of Robertson’s opinions, still less with the stars he awards. But that’s not what we’re discussing: Robertson shows his working out, and his reasons for reaching each conclusion is always supremely reasonable. It’s a shame he only wrote 13 reviews last year. 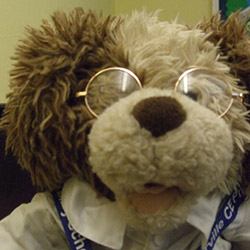