“Tears of laughter will merge with tears of fear,” says Clare Dolan about Dayne Rathbone. Tears of Fear? Has anyone ever cried such tears? It’s a shame, because this is the only silly thing Dolan says in her (admittedly not extensive) canon of five comedy reviews. In fact, her Rathbone review gave the best flavour of this extraordinary act, and in half as many words as her peers.

The meagre word count  of Three Weeks reviews suits some reviewers better than others, sometimes turning complex reflections into meaningless tweets. With Dolan it has the effect of distilling things into abrupt sentences whose true meaning hangs, unresolved, in the air, a bit like reading a haiku. “The audience tumble into a room without seats and grumbles ensue. The Rubberbandits emerge, distinctive plastic bags on heads, rampant with energy. Some people seem alarmed by the prospect of the next hour; some even leave.” A veritable picture in words.

Anyway, Dolan is rather stingy with her stars but I like her style. Managing to have any sort of style within Three Weeks’ parameters is achievement enough. 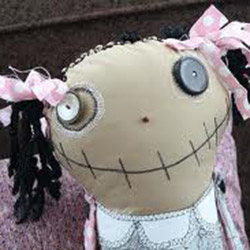