Plackett seems very affected by what she sees, to the point that Tomie James’ Super Organic Me makes her quiver: “By the end of the show I want to check the ingredients of most of the fridge; it doesn’t even feel safe to pick up an apple”. Usually, though, she reacts with delight or, at least, charity.  “If you want comedy; go elsewhere” she concludes of a show she nonetheless gives three stars to: “It’s hard not to respect his efforts,” she explains.

Plackett has seen one or two things she doesn’t actually find funny, but nonetheless she picks them to pieces in search of redeeming qualities. To Plackett every comedy show is a curate’s egg, and for that we can only applaud her patience and humanity.

Plackett over-explains a little, but this is probably just a symptom of her determination to be fair. Often the simplest summaries work best, such as her final line on Edward Aczel: “His delivery is spot on, and for some reason his terrible stage presence just works”.

Sadly, Plackett did only a handful of comedy reviews in 2013. She should do more. 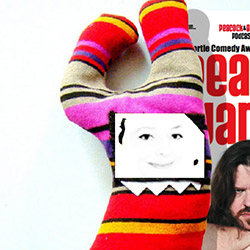