this is an article from 2014Ten Rules for Good Reviewing

This article was first posted on Thursday, July 3rd, 2014 Filed by Mister Kipper 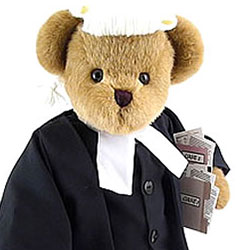 Well, here we are telling reviewers what’s wrong with them, like arrogant stuffed wankers. Don’t we have anything positive to say?

Of course we do. We’ve spoken to the stuffed toys of comedy about how they feel reviewing could be more positive, constructive and useful. We’ve made a note of the criticisms that cropped up most, and added some editorial pointers of our own. Once we shaved it down it came to ten points: five on not being a dick, five on basic literacy.  The second five are, of course, much less important than the first.

We don’t expect anyone to be in a hurry to take this advice up. We don’t expect it to become a gold standard. But now it’s out there, so when the judgment of Vengeful Lord Comedy comes, let nobody say that they knew no better.

DON’T BE A DICK

1. It’s not about you: The very worst thing you can do as a journalist is make yourself the story. So reviews that start with “I was expecting the sort of comedy I saw at the Kilkenny Cat Laughs in 2009” is bad enough: nobody cares what you, personally, were expecting. Worse still is where you’re on some sort of quest: “As I made my way down the stairs, I realised with horror what sort of gig this was going to be”. No no no. You are not working for NME in the 1980s. Professional reviewers should be heard and not seen.

2. Don’t review mixed bill shows as if they’re permanent: Each year reviewers visit panel shows, composite shows, talk shows and other moveable feasts, then write them up as if their experience of it is relevant to the next 24 days: “Dave Plankton was an excellent host but guest Sally Pants wasn’t funny and Harry Lamppost was a dick – 2 stars”. This is hardly a fair reflection of the show to project over the rest of the Fringe if Dave Plankton’s guests just misfired that night. Criticising Dave Plankton’s CHOICE of guest, however, is fair comment.

3. Don’t write a word until you’ve seen 50 comedy shows: This is a bare minimum. There’s nothing worse than a sentence like “Refreshingly, this comedian had stories rather than stand-alone jokes”, or “I couldn’t believe the audacity of Dave Plankton’s routine about dogs and cats and how they eat their dinner”. No restaurant guide would send a teenager who has subsisted on Chicken Cottage to review Petrus of Belgravia; nobody should review comedy if their cultural knowledge extends to whatever the university ents team put on for fresher’s week.

4. Hating isn’t clever: It may be tempting to give an Irvine Welshian description of how watching someone’s show was like being gang-raped by crabs and then rubbed in caustic sick, but who is that really helping? All you are really saying is “Look at me, I’m creative AND horrible, will someone PLEASE give me an opinion column in a right-wing dyspeptic tabloid? I want to be Charlie Brooker, but some cunt called Charlie Brooker is already being Charlie Brooker, PLEASE read my reviews and tell me that I’m a bit like Charlie Brooker.” It becomes tiresome very quickly. Have Fringepig’s own reviewers read and absorbed this rule? Of course they haven’t. They’re reviewers.

5. Don’t impose your politics or your prejudices on what you’re watching: They are irrelevant to art. “I turned up expecting Harry Lamppost’s Girls With Big Tits Smell Funny And Need Punching to be the very worst thing on the Fringe”. Well then you’re an idiot. Even if your next sentence is “How wrong I was!” you’re still an idiot for having entertained such a dismissive conceit without actually seeing the thing. Similarly sentences like “His routine on how poor people should be used as ashtrays is just wrong” is, well, just wrong. Nothing in comedy is just wrong; a good reviewer should be able to embrace any ideology that puts its ideas forward in a novel and amusing way. Refusing to engage with something that doesn’t align with your principles betrays a fault in the reviewer, not the performance.

6. Don’t start with a verb: It demonstrates that the review was written by an enthusiastic teenager. There’s nothing wrong with enthusiastic teenagers, of course: we couldn’t fight wars or make pornography without them. But reviewing is a serious business and you want to be taken seriously. When the first thing you say is “Launching straight into his one-liners, Dave Plankton makes it clear that…” or “Starting with some dodgy jokes about his grandma, Seamus Napkin sets the tone…” It gives the sense that you don’t have much time and you have other more important things to do after you’ve bottled someone’s career into 120 words. Needless to say, nobody who starts a review with a verb has anything more important to do, and almost all Three Weeks reviews start like this.

7. Don’t dangle participles/modifiers: This is often a more serious sin intensifying the one above. Imagine, for example, a verb-fired first sentence such as: “Launching straight into his one-liners, Dave Plankton has the onstage demeanour of an angry football fan”. The first half of the sentence has no causal relationship with the second. It is made worse because the subject of the sentence – That Dave Plankton looks like an angry football fan – is predicated on the participle before it (launching), which actually bears no relation. So the participle dangles like a big pink penis at a wedding. An angel dies every time a reviewer does this. Three million angels die each year above Edinburgh.

8. Learn some synonyms: We’re not telling you to buy a thesaurus or use florid speech instead of plain English; simply that a review that uses the word ‘enjoyable’ or ‘hackneyed’ five times in succession is very difficult to read and gives the impression that the writer’s depth of perception is narrower than we’d like. This can be avoided if reviewers would just bloody well…

9. Read your work through: Seriously, you want people to read what you’ve written, but you don’t fancy doing so yourself? There are so many reviews each year that have been written too quickly and spell-checked by nobody; hundreds of sentences don’t even make sense. A modest suggestion: The Fringe Society should fine reviewers £10 for every typographical error, £5 for each sin of punctuation. This is especially true of hatchet jobs: at least butcher with clean instruments.

10. Avoid hack expressions: There are some words and phrases that are so over-used by reviewers that they signify nothing except that the reviewer couldn’t be bothered. These include, but are not limited to:

–Ostensibly: “This show is ostensibly about so and so…” Avoid. It either was something or it wasn’t. Perhaps it used an analogy. Perhaps it hid behind one idea to present the audience with another. Perhaps it was a reducto ad absurdum, as so many shows are these days. That shouldn’t make it ‘ostensibly’ something. The use of ‘ostensibly’ tells us that the reviewer realised there were two things going on at once and became cross about it. “Ostensibly, Dave Plankton’s Cheddar Thunderbolt is a show about difficult choices”: This dismissive phraseology tells us that the rest of your review will add up to: “But I am very clever and worked out that cheese is an analogy for life.” It’s not the worst word but it’s overused by reviewers and always rings the dickhead alarm.

–Cliché: It is a sad irony that many reviewers talk of cliché onstage, and so commit themselves to hackneyed phraseology on the page. A routine may be well-worn, done better by a comedian’s peers, over-familiar to the audience or a host of other things. But it isn’t a cliché. A cliché is simply an idiom inserted to the detriment of thought in speech or writing; a routine of 200 words or more is not going to be a cliché. Avoid the cliché of ‘cliché’ like a plague of plagues.

–Self-proclaimed / self-appointed: ‘Self-proclaimed Jewish-Geordie Ben Van Der Velde’ said one of his reviews in 2013. This sort of thing is used time and again by reviewers to mean something the performer says about themselves. But it suggests that the performer’s claim is ersatz or spurious. Theresa May is not the ‘self-proclaimed’ Prime Minister, even if she starts a speech with “As the Prime Minister…” Because, like it or not, she IS the Prime Minister. Similarly, Ben Van Der Velde IS a Jewish Geordie. Being a Jewish Geordie hardly seems outwith the bounds of possibility; it’s not something that tests our credibility such as ‘messiah’ or ‘gift to Earth’s women’; therefore there is no need to draw attention to it as a proclamation or to question its verity in a provocative statement that poses as a passive one. How about just accepting the information and then building on that? “Ben Van Der Velde is a Jewish Geordie, a fact he makes much of in this show…”

–If You Like This Sort Of Thing: Excuse me for putting myself into the piece here, but this has become my personal bête noire. Editing our first crop of reviewer-reviews I realised one complaint kept springing up: the number of reviewers who, having run out of things to say, or just trying to end on a positive note having had nothing remotely positive to contribute so far, sign off with a phrase like “But if you like your comedy of the chaotic sort, then Dave Plankton’s Pissabout is for you”. Or “If you like sketch groups that contain one girl, a man with athlete’s foot and another man from Carlisle, then give the Lampost Revue a look”. Bubonic plague is lovely If You Like That Sort Of Thing, but saying so is useless. Because, were we to read the reviews of those who have experienced bubonic plague first-hand, it should soon become clear that nobody likes that sort of thing. So if you’ve made it clear that something is execrable, please don’t offer the insincere olive branch of If You Like This Sort Of Thing. I hate that sort of thing.

I would go further and say that I don’t MUCH like signoffs such as “Buy a ticket now!” and “Give this one a miss” as they are quite redundant. In any case a review is there to tell us what to expect from a thing; it should be the reader’s choice whether or not to go. But I realise that – quite apart from being an elephant – I’m in an endangered minority with this one.

Be careful out there,

With thanks to our staff and interviewees

Previous Article
Next ArticleDeath by 1000 Cunts