this is an article from 2016Robin Ince: I Remember When all This was Veggie Cafes and Strip Joints

This article was first posted on Friday, August 5th, 2016 Filed by Mister Kipper 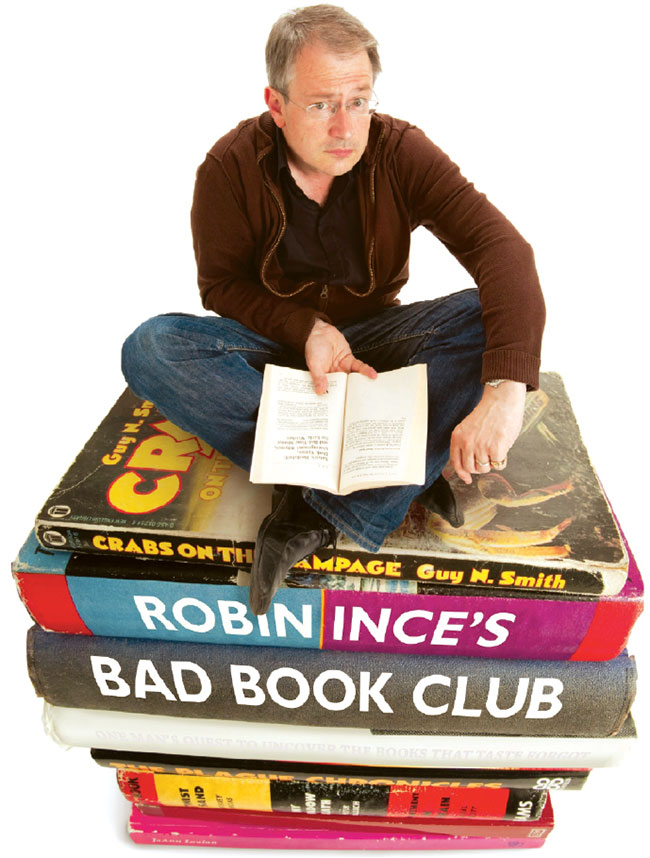 It began with Russell Harty. He was probably introducing the acapella outfit Instant Sunshine.

This was the first I saw of the Edinburgh Fringe. Just as BBC2 introduced me to The Young Ones, so it went on to introduce me to dreams of a fringe existence.
In those times, comedy wasn’t just an entertainment, it was a manifesto; something to believe in. A way of mind.

As punk had shaped the agenda of those outsiders before me, so alternative comedy manipulated my opinions on Nicaragua, the miner’s strike and mother in law jokes. Who needed Adorno or Orwell when you had Alexei Sayle and The Dangerous Brothers? An oft-botched image of alternative comedy is that it was all people shouting about Thatcher and doing impersonations of the sinking of the General Belgrano, but there was also a lot of art school stupidity. Just like many of the alternative synth bands that came before them, the performers mixed being well-read with being ridiculous.

At fifteen years old, I had started going to London comedy clubs. The first line of alternatives had graduated to television or acting jobs, so I saw Jeremy Hardy, Clare Dowie, John Hegley, Frederick Benson and more acapella outfits that weren’t Instant Sunshine. Looking back now, I realise the two events that most shaped my life were being in a brutal car accident at the age of three and seeing Rik Mayall on A Kick up the Eighties.

I presume I am third generation alternative, maybe the last alternative generation before the lines blurred to a new mainstream. Alternative is a tag that hung around the bitter lips of cruise ship entertainers and inky news hacks long after it meant nothing. Old men like Stewart Lee and me, brought up on the NME, and radicalised by late night Channel 4, can be infuriated by some of the mainstream comedy of today grown from the agitprop acorns of the 80s because we thought stand up comedy was meant to be something else. Surely it has to mean something, something more than just laughter?

In my dark moments, lit by the neon of the lightest entertainment, we look to the sky and wonder if Lenny Bruce died for the sins of those that were yet to come? Does the rise of stand up comedy run in parallel with the resurgence of the psychic medium? Too many hours of TV to fill, so the cheapness  of one human and some amplification either mocking fast food workers or contacting the spurious ectoplasm of the dead  can be handy.
I feel the weight of the Edinburgh Fringe brochure in my hand, does the remarkable increase in weight from the brochure of 1987 correlate to the weight of ambition to all who go up there now?

And what of those ugly prison camp fences around Edinburgh for the purpose of erecting vast gurning heads of comedians and their four star reviews and “star of the Comedy Roadshows” tags, a gallery of Big Brothers who would rather be watched than watching?

Should I bemoan the circuit of today and while looking fondly at a time of few comedians and fewer clubs? I remember when all this was vegetarian cafés and strip joints taking a night off.

My first Edinburgh fringe was 1987. I ate a different form of tinned pasta shapes every night and augmented my diet with a Dairylea triangle for calcium. I walked the streets alone, excited by each flyer I was handed. I saw the National Theatre of Brent with Jim Broadbent and Patrick Barlow re-enacting The Bible, Denise Black and the Kray Sisters, a double bill of Helen Lederer and Raw Sex, Jenny Lecoat with Richard Vranch on piano, a play about Kenneth Halliwell and Joe Orton that had a very haunting scene involving death by wasp sting, and Jeremy Hardy. It was fabulous and exhilarating and I started to dream of the days when I would be introduced by Russell Harty after the applause for the acapella group The Flying Pickets had died down.

After Jeremy Hardy’s show, I bought a signed poster for a pound (all money to the Terrence Higgins Trust) and a few days later, I saw THE Jeremy Hardy walking along Princes Street. I approached him nervously and asked him if he could give me advice on being a stand up. He didn’t put me off enough, so now, 29 years on, my adult life has been as a stand up comedian of some description or other.

Some days, the huge business-like, PR heavy, empty, noisy glitz of the beast I first saw roaring amateurishly in a cellar off the Charing Cross Road saddens me. I have moments of wondering if this whole sorry affair is something I should never have got involved with in the first place. I see acts of incredible inventiveness go unrewarded, fameless and near penniless, and I see people who “know how to play the game” boss their butler into polishing their brass buckles brighter. I think it is a pity that the panel show has been king, as some of the most fascinating comedy minds cannot thrive in that environment. I watch comedians with audiences that have no patience, they want hit after hit of laughter and refuse to have the attention span for a story.

That is the pessimistic old man who sees some truths, but then ignores the ones that offer sun-shine for fear the joy of light will ruin his eyes and his theses.

The greatest confusion in stand up now is brought on by the expectations of an audience nurtured on mainstream TV comedy, and the ambitions of the stand up comedians who may wish to test themselves further than the audience want.

This is the delight of Edinburgh. It is a reminder that everything need not to be “product”. Television does not have to be the destination, though it is harder to build an audience without it.

Philip K Dick said the problem with Hollywood was that they wanted to disturb the senses, not the mind. I think there are still enough comics out there who wish to do both. It may be a longer struggle, and the rejection is rarely palatable, but I know there is an optimist homunculus somewhere in my skull that sees the rise of all manner of magnificent comedic monsters.

Check out Josie and Robin’s Book Shambles at
cosmicgenome.com/shambles